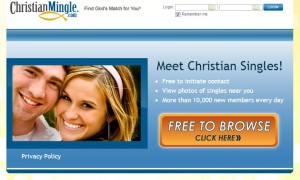 One 66-year-old divorcée turned to online dating to find love, but instead lost $300,000 to a scam artist from Nigeria pretending to be the perfect man.

The woman, who wished to remain anoynmous, recently told a local ABC affiliate in San Jose, Calif. that she met the crook on the dating website Christian Mingle. The man claimed to be an oil rig worker from the UK and showed his interest in the woman by sending her flowers and text messages.

Then he asked her for money for his oil business, reports The San Antonio Mercury News.

The woman agreed, dipping into her retirement fund to send the man $300,000. The woman wired an additional $200,000 at his request, but someone in her life intervened and reported the incident to authorities.

Upon an investigation by the Santa Clara County District Attorney’s office, authorities realized it was a scam and traced the transactions back to an email address in Nigeria. They were able to recover the woman’s $200,000, but they say the odds of the woman getting the rest of her money back are slim.

So-called “sweetheart scams” like this are becoming increasingly common on dating websites. Back in November a man in Utah named Carl Estep was sent to prison after scamming two women out of $300,000 using what the authorities called a “romance scam.”