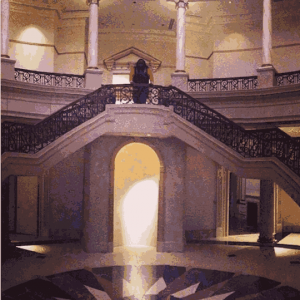 It is the biggest single-family home in Georgia with 109 rooms; the dining room seats 100 guests.

The backyard pool is more than 350,000 gallons, which makes it one of the largest private pools in America.

The “second home” on the property weighs in at a hefty 4,000 square feet itself and would cost Rozay about $1 million a year to maintain.