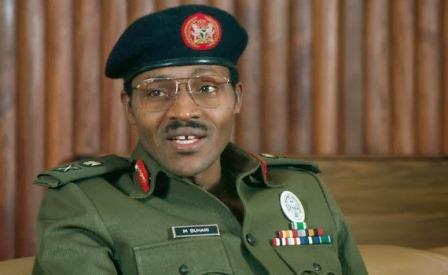 A former spokesperson of the Pan Yoruba socio-cultural and political group, Afenifere, Prince Dayo Adeyeye, has traced the nation’s woes to the scuttling of democratic rule by the Maj.-Gen. Muhammadu Buhari-led military junta in 1983.

Adeyeye, who is also a governorship aspirant in Ekiti State under the platform of Peoples Democratic Party, in a statement on Wednesday, said Nigerians needed to be reminded that the military, led by Buhari, truncated the country’s development 30 years ago.

According to the gubernatorial hopeful, democracy would have been developed beyond its present level if Buhari, a former military dictator, had not toppled the Alhaji Shehu Shagari-led civil government in 1983.

He said, “God won’t allow the retrogressive elements in the APC to destroy Nigeria the way they did on December 31, 1983.

“It is on record that the Alhaji Shehu Shagari’s government started the Ajaokuta Steel Rolling Mill and was almost completing it before Buhari led others to overthrow the government. The dream of Ajaokuta was killed by that military coup led by Buhari. All efforts to revive it by the [President Goodluck] Jonathan-led government have been impeded by unresolved court actions.

“In Lagos State, the Alhaji Lateef Jakande’s government had commenced the Metroline Transportation System, but what did the Buhari-led military government do? It truncated the project and went on to pay $78m compensation to the contractor at the expense of Lagos tax payers.

“Before the 1983 military coup, the Jakande-led Lagos State Government only needed the Federal Government to guarantee a N100m loan and the Shagari-led government was ready to do it, but Buhari cancelled the laudable project and paid $78m compensation to the contractor.

“If Jakande was going to give Lagosians Metroline in 1983, and he (Jakande) could build Lagos State Secretariat, Alausa; several low cost houses, roads, Lagos State University, Lagos State Polytechnic, Lagos State Television, the permanent site of the Adeniran Ogunsanya College of Education, among other landmark achievements, shouldn’t we begin to ask ourselves what would have happened to Lagos State in terms of development if Jakande had ruled the state for eight years?

“Now we have Dr. Goodluck Jonathan-led Federal Government that has demonstrated strong commitment to the return of the country’s lost glories. These same elements are telling us that because President Jonathan is from a minority Ijaw tribe, he must not be allowed to have a second term.

“Their main reason for opposing President Jonathan is not lack of developmental strides, but because a minority Ijaw man does not have the rights to rule the country”, Adeyeye said.