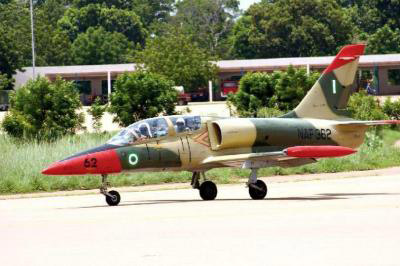 The Nigerian Air Force have denied media reports that its fighter jet bombed the convoy of the Senator representing Borno South Senatorial District, Ali Ndume, on Saturday during an operation against insurgents in Borno State.

The Director of Air Force Information, Commodore Yusuf Anas, who made this known in a statement on Monday, said that he was misquoted in some reports to have said that the Air Force fighter jet mistook Ndume’s convoy for some fleeing insurgents and subsequently fired.

He maintained that the fighter jet of the Air Force did not target the convoy of the Senator as widely reported in the media.

His statement read: “The attention of the Nigerian Air Force has been drawn to reports in some media houses which allegedly said its aircraft targeted and bombed Senator Ali Ndume’s convoy on Saturday, January 11, 2014.

“The reports misquoted the Director of Information as having said the fighter jets mistakenly fired on the Senator’s convoy. For the avoidance of doubt, Nigerian Air Force aircraft did not target Senator Ndume’s convoy as alleged.

“It is public knowledge that Military Operations in the North East particularly in Borno State are ongoing. The Nigerian Air Force is constantly involved with the Nigerian Army and other security agencies in a coordinated manner aimed at defeating the Boko Haram terrorists.

“Nigerian Air Force has well-trained pilots who would not conduct operational missions based on speculation or mistaken identity”.

Information Nigeria reports that the senator had told journalists that a Nigerian Air Force fighter jet shot at his convoy while he was returning from Gwoza where he had gone to sympathize with the people of Arbaku, Ngoshe and others villages over the killings in the area and that he was lucky to have escaped been killed in the military operation.