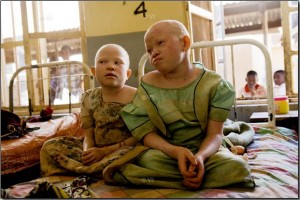 The plight of albinos in Nigeria may soon be over as the German Government has promised to build a world-class hospital in Akwa Ibom to address the medical challenges of albinos.

The state’s Commissioner for Health, Dr Ememabasi Bassey, made the disclosure on Tuesday when the Albino Foundation, led by its National President, Mr Jake Epele, paid him a courtesy visit in Uyo.

Bassey said that the hospital when completed, would take care of eye and skin problems associated with albinos
in the country.

“The ministry will make available a health facility that will enable the immediate take off of the proposed skin and eye hospital to be built by the German Government,” he said.

The commissioner explained that the State Government was ready to partner with the foundation to ensure that albinos were not stigmatised and that they got their rightful places in society.

He said, “the State Government is passionate about the suffering of albinos as they are normal, resourceful and intelligent beings who have contributed immensely to the growth of the society”.

Earlier, Epele appealed to the State Government for the donation of a piece of land for the building of the hospital.

Epele explained that some of the objectives of the foundation included prevention of skin cancer through the use of sun screens.

The president commended Gov. Godswill Akpabio for his acceptance to host the upcoming West African Conference on Albinism.
He said that 16 African heads of state would be present at the conference while the key note address would be delivered by the Librarian President, Mrs Sirleaf Johnson. [NAN]