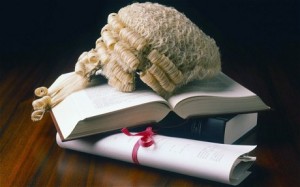 Some lawyers in Lagos, Saturday, condemned the attitude of legal practitioners who undertook “charge and bail” jobs in courts.

The lawyers, who spoke in separate interviews with the News Agency of Nigeria (NAN), said the action violated the rules of professional ethics of lawyers.

“Charge and bail” is a practice employed by some lawyers, where they lobby to secure the bail of accused persons charged with criminal offences.

It is also referred to as “ambulance chasing”.

A Lagos based lawyer and social critic, Mr Anthony Makolo said that there was a dire need for strict observance of ethics in the legal profession.

He expressed dissatisfaction with the practice of such lawyers, adding that it portrayed the image of the legal profession in bad light.

“Some of these lawyers, who chase briefs in court often times have no intention of undertaking full representation of the accused in the substantive trial.

“They only charge them some amount of money to secure their bail after arraignment and thereafter opt out in search of new clients.

“The situation is very disturbing because these lawyers by their conduct send wrong signals to members of the public that the profession is cheap,” he said.

Makolo, therefore, called on the National Judicial Commission (NJC) to put in place adequate machinery to monitor and check the activities of such lawyers.

A Constitutional lawyer, Mr Ogedi Ogu, described the situation as “a ridicule on the legal profession’’.

He said that it was annoying that some of the people who engaged in ‘ambulance chasing’ in court were not lawyers.

“A handful of the so-called ‘charge and bail lawyers’ are not lawyers in the real sense of it. They are people who overtime, have come to learn such practice from the activities of lawyers.

“This practice simply leaves the impression in the minds of litigants that lawyers are hungry and desperate people.

“It is now very important for the legal system to make moves to check incidences of abuse on the profession by lawyers,” he said.

He urged lawyers to report any person found undermining the code of conduct for legal practitioners to the appropriate authority for sanctions.

Another lawyer and social critic, Mr Spurgeon Ataene, said that the attitude of such lawyers was a clear breach of the rules of professional ethics for legal practice in the country.

Ataene said that such practice should be alien to the legal profession, especially as there was a code of conduct regulating the activities of lawyers.

“Ambulance chasing in the courts is very discouraging and it undermines the profession.

“Although, it is lawful for an accused to secure legal representation, but I must say that it highly undermining the profession.

“For a lawyer to now convert the court premises to his office just to chase briefs is unfortunate,” he said. [NAN]