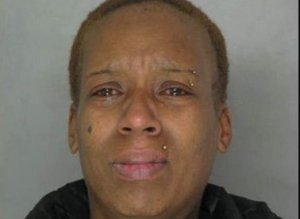 A mother in Pittsburgh has been arrested after allegedly forcing her daughter to go outside in freezing temperatures so she could smoke crack.

Police say Yolanda Williams, 42, forced her daughter, 16, to walk to her aunt’s house a mile away in zero-degree weather Tuesday evening.

The teenager told police that Williams smoked crack, packed the girl’s bags, took away her house key and told the girl to get out of the house, according to the Pittsburgh Post-Gazette.

When the daughter arrived at the aunt’s house, her hands were frozen together, CBS Pittsburgh reported.

Williams reportedly told police a slightly different story: She said she told her daughter to leave if she wanted to, but didn’t kick her out.

However, officers arrested Williams when her boyfriend arrived and an officer said he heard her tell the man that she “had to put (her daughter) out the house,” TribLive.com reported.

Officers reportedly smelled an odor of some kind of burnt substance at Williams’ home. She allegedly admitted that she had smoked crack cocaine the previous day, according to WPXI.com.