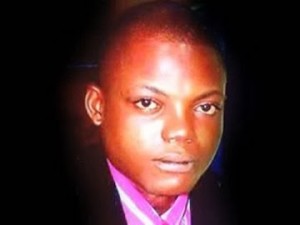 The State High Court, Nembe Division, Bayelsa State, has sentenced a former police officer, Mr. Matthew Egheghe, to death by hanging over the killing of one Emmanuel Victor.

Victor was allegedly shot many times by policemen at a checkpoint in Yenagoa in the presence of his mother, Grace.
Victor and his mother were said to be returning from Christ Embassy Church on October 16, 2011, when he (Victor) was said to have asked the policemen to stop extorting money from motorists.
Egheghe was the second accused person in the murder of Victor. Others were Inspector Lucky (first accused) and Monday Umeh (third accused).
They were all attached to the Bayelsa State Police Command before they were found guilty during an orderly room trial, leading to their dismissal from the police.
Delivering judgment on the matter, Justice Lucky Boufili said the prosecution proved that the gunshots fired by the second accused person killed the deceased (Victor).
He added that the offence was punishable under Section 427 (1) of the Criminal Code of Bayelsa State.
Boufili said the prosecution counsel was able to prove the matter beyond reasonable doubt that Victor died from the gunshots fired at him by Egheghe.
He also said the pathologist’s report indicated that nine shots were fired at Victor, which made him to bleed internally and externally before he died.
He said, “There is no doubt that the death of Victor was as a result of the shots fired at him by the second accused person (Egheghe).
“The second accused solely caused the death of the deceased (Victor) since the multiple bullets fired at the deceased all emanated from Egheghe’s rifle.
“The accused person is guilty as charged and he is hereby sentenced to death by hanging.”
Egheghe, who did not betray any emotion, was handcuffed and taken into the waiting prison van from the Bayelsa State Prison Command.
The judge also discharged and acquitted the first and the third accused persons,  Lucky and Umeh respectively, stressing that the prosecution counsel could not establish their culpability.
In his reaction, Niger Delta activist, Ankio Briggs, who was in the court with some human rights activists, hailed the judgment.
Briggs said the victory was possible because of the resilience of the media and rights groups.
Mother of the deceased, Grace, said she was very pleased that she got justice for her son at last.
She said, “We can now bury our son. Since his killing, we refused to bury him. Now that justice has been got, his soul can now rest in peace.”