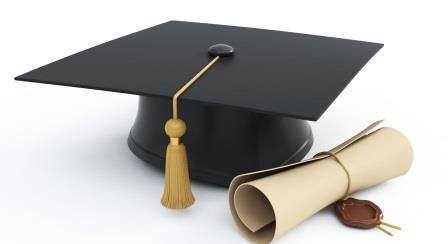 A middle aged prisoner, Tuwanse Kabiru, on Saturday, graduated with 4,308 students who bagged various degrees at the 3rd convocation of the National Open University of Nigeria in Lagos.

The News Agency of Nigeria, reports that Kabiru, who came in company of the prison officials was awarded a Bachelors degree in Human Resource Management.

He told NAN that he was currently serving a life sentence at the Kirikiri Maximum Prisons Lagos, after being found guilty of murder.

“I want to thank God for what he is doing in my life. I have always had hope in God and that is what inspired me to enroll. I was actually imprisoned after being found guilty of committing murder and I have served 11 years so far.

“I am still hopeful that things will turnaround one day for the better having achieved what I have today,” he said.

The Assistant Controller-General Nigeria Prisons Service, Chuks Afejue, hailed the courage displayed by the graduating inmate, adding that he was the first to enroll and kick start academic activities at the prisons study centre.

According to Afejue, this will prove to people that the prison is not just a dumping ground for those who seem not to have any more hope.

“The prison is a place where reforms and rehabilitation take place. Currently, we have a total of 48 inmates who are enrolled in all the four major prisons study centres across the country.

“It is an exciting exercise and we want to seize this opportunity to plead with the Federal government to try and temper justice with mercy, having achieved this feat.

The Study Centre Director, Mr Ladan Babakodong, told NAN that two other inmates were to join Kabiru today to graduate but that they were unable to meet up the minimum graduation requirements.

He noted that research had shown that the performance of the inmates were better when compared to their counterparts outside because their only job while in the prison was reading.

“A lot more of the inmates are very eager to enroll but have no support. The only ones that are able to enroll are doing so, based on the support they get from NGOs,” Babakodong said.

Earlier in his welcome address, the Vice-Chancellor, Prof. Vincent Tenebe, noted that the NOUN had been a significant operator in open and distance education.

Tenebe said that it was determined to be at the forefront of making higher education accessible and affordable to all.

“The university will also continue to establish study centres that meet the minimum standards required for establishing study centres for organisations, communities and institutions,” Tenebe said.

Tenebe who graduated the first set of Students of Law and Mass Communication at the occasion, pleaded with the Federal Government to increase the allocation to the institution to enable it to tackle its various challenges.