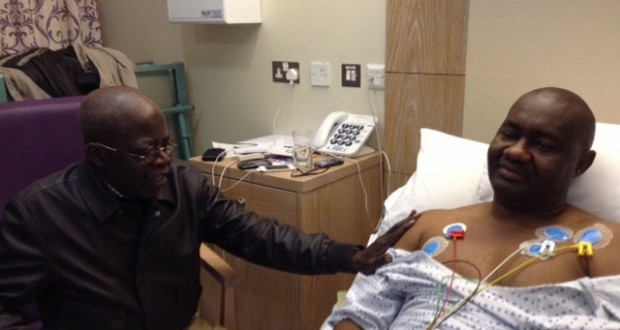 Strong indications emerged weekend that the Senate Committee on Police Affairs will soon pay a visit to the lawmaker representing Rivers South-East in the National Assembly, Senator Magnus Abe, in London.

The senator was allegedly shot with rubber bullets by policemen supposedly acting under instructions from the Rivers Police Commissioner, Joseph Mbu, following the police’s dispersal of a rally organized by the Save Rivers Movement, a-pro Rotimi Amaechi group at the College of Arts and Science in Obio/Akpor.

A source close to the lawmaker said the committee was planning to travel to London to get Abe’s version of what transpired at the venue of the rally last Sunday.

The source, who pleaded anonymity, recalled that the committee after conferring with CP Mbu and the Chief of Staff, Government House, Port Harcourt, Tony Okocha, reasoned that it was imperative to also speak with the victim of the police invasion.

“The Senate Committee on Police Affairs will visit the senator in a London hospital. We are aware that the committee is on a fact-finding mission. The committee has spoken with the police commissioner and the chief of staff of Rivers Government House.

“They (senate committee) have also visited the scene of the incident at the College of Arts and Science. They are going to London to get more facts about the incident from Senator Magnus Abe”, the source maintained.

Meanwhile, it was learnt that the lawmaker, who is currently recuperating in the hospital, had begun to talk after the incident.