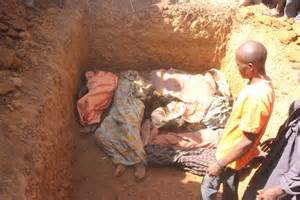 The United States has called on the federal government to take necessary steps to ensure reprisal killings in the Middle Belt which is now happening too often comes to an end.

In a statement issued by the US Embassy in Abuja yesterday, the US condemned the ‘senseless violence,’ which claimed about 33 lives, including women and children in Shonong, Plateau State.

“We are concerned by the cyclical nature of the reprisal killings that undermines inter-communal relations in the Middle Belt region. Nigeria’s diversity and the harmony among its people remain a source of great strength for its democracy.

“We urge the citizens of Plateau State to work towards a peaceful resolution of conflicts and grievances. We also urge the government of Nigeria to investigate this attack, hold the responsible parties accountable, and work to provide increased security for civilians to prevent future acts like this from taking place,” the statement added.

Also condemning the attack, the Spanish government, in a statement made available by its Embassy in Abuja, conveyed its sympathies to the families of the victims.

“The government of Spain, in the face of these horrible events, conveys its deepest condolences to the families of the victims, as well as to the people and authorities of Nigeria.

“Spain reiterates its support to the government of Nigeria in the fight against terrorist violence and all types of extremism, since they undermine the co-existence and concord of the Nigerian society,” the statement read.