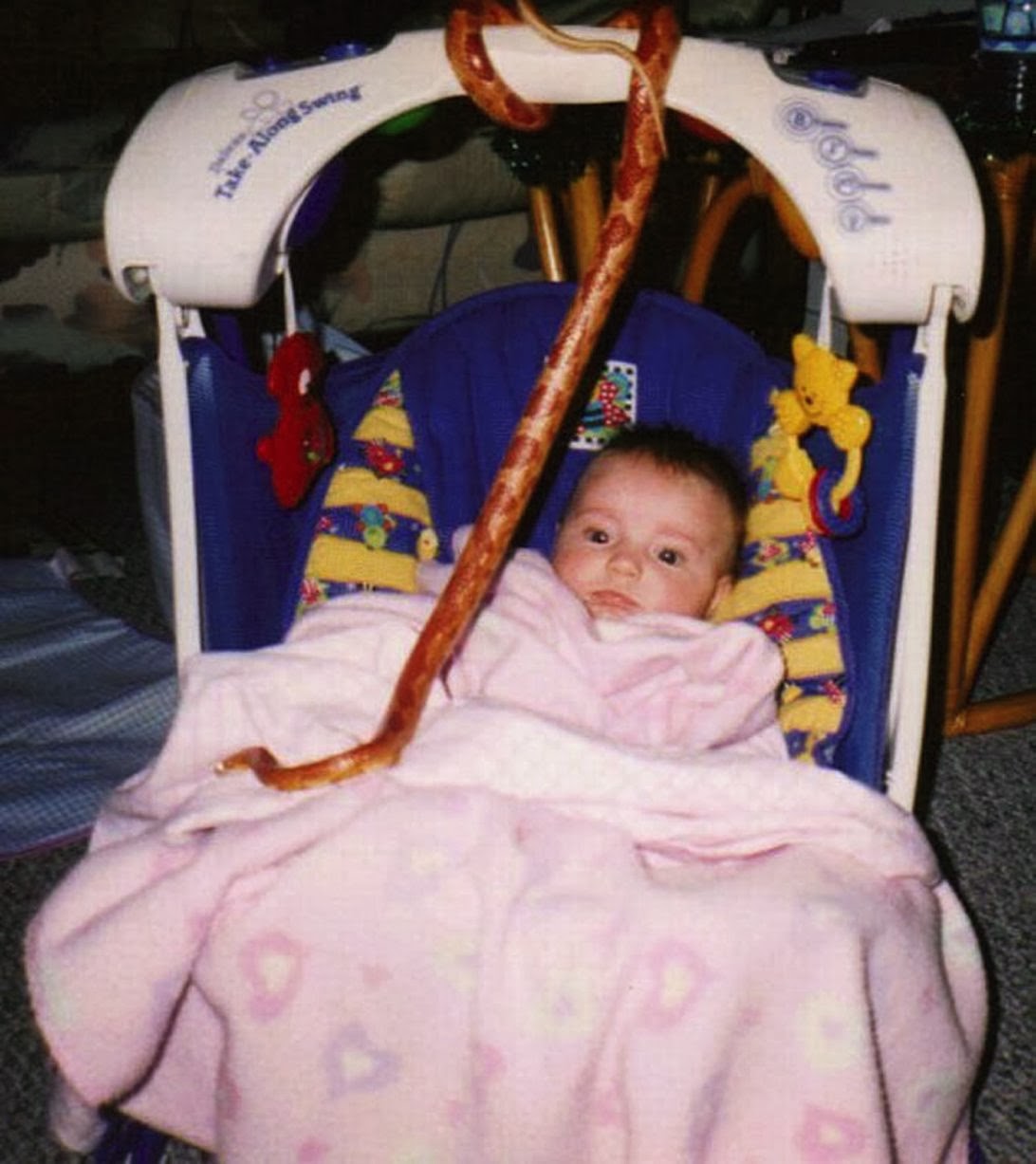 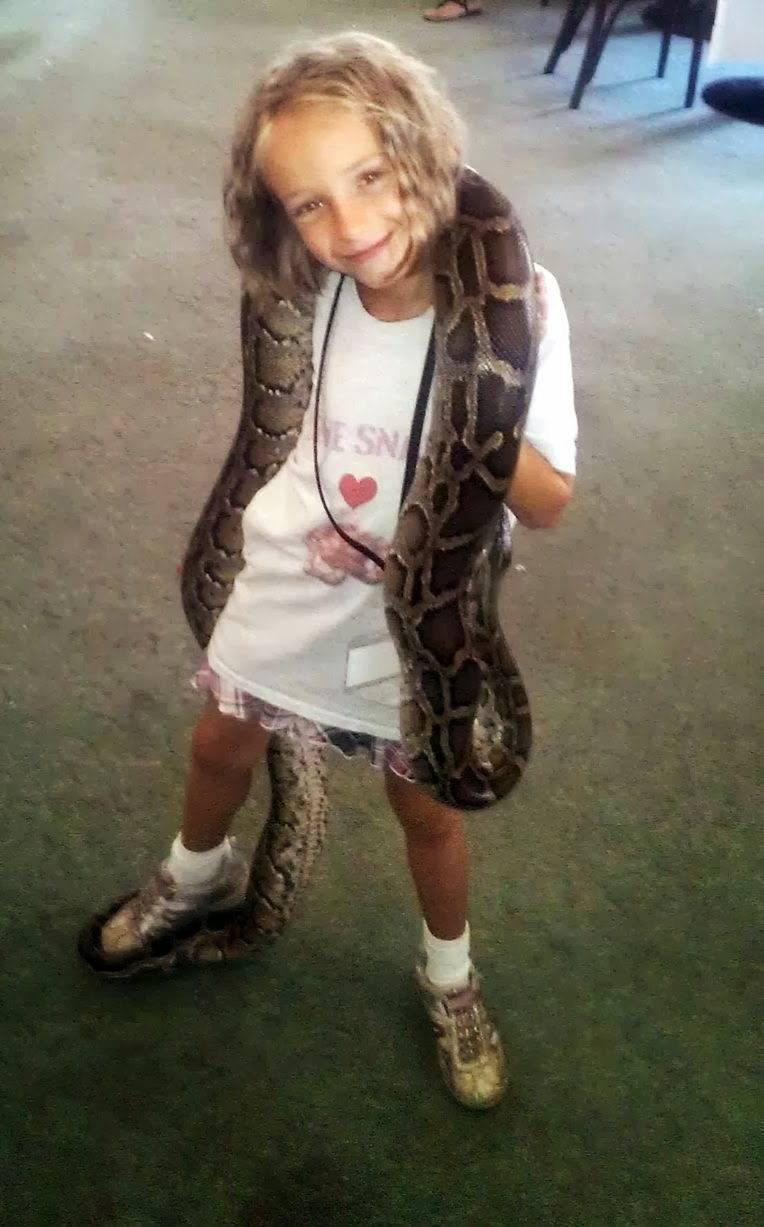 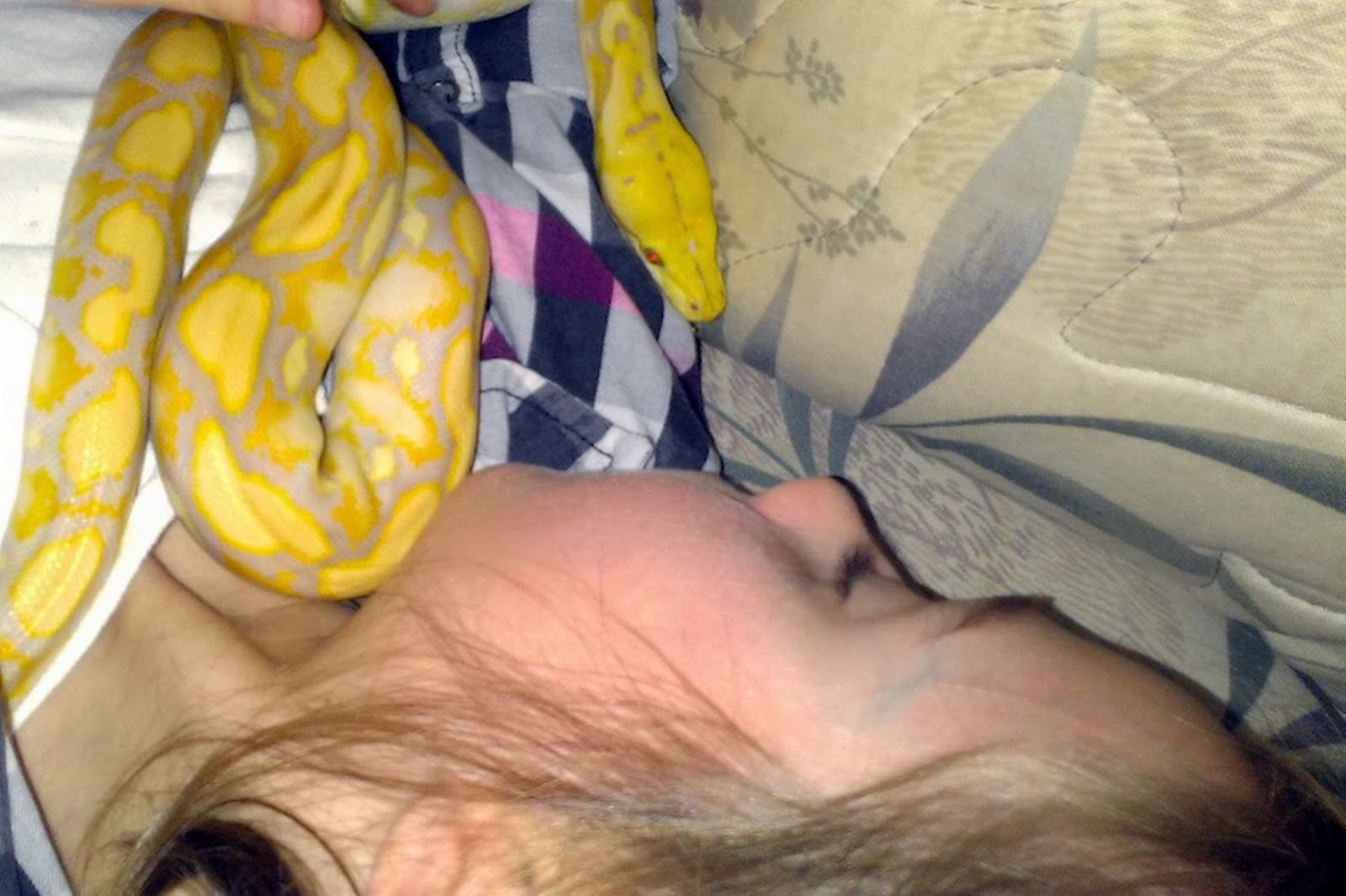 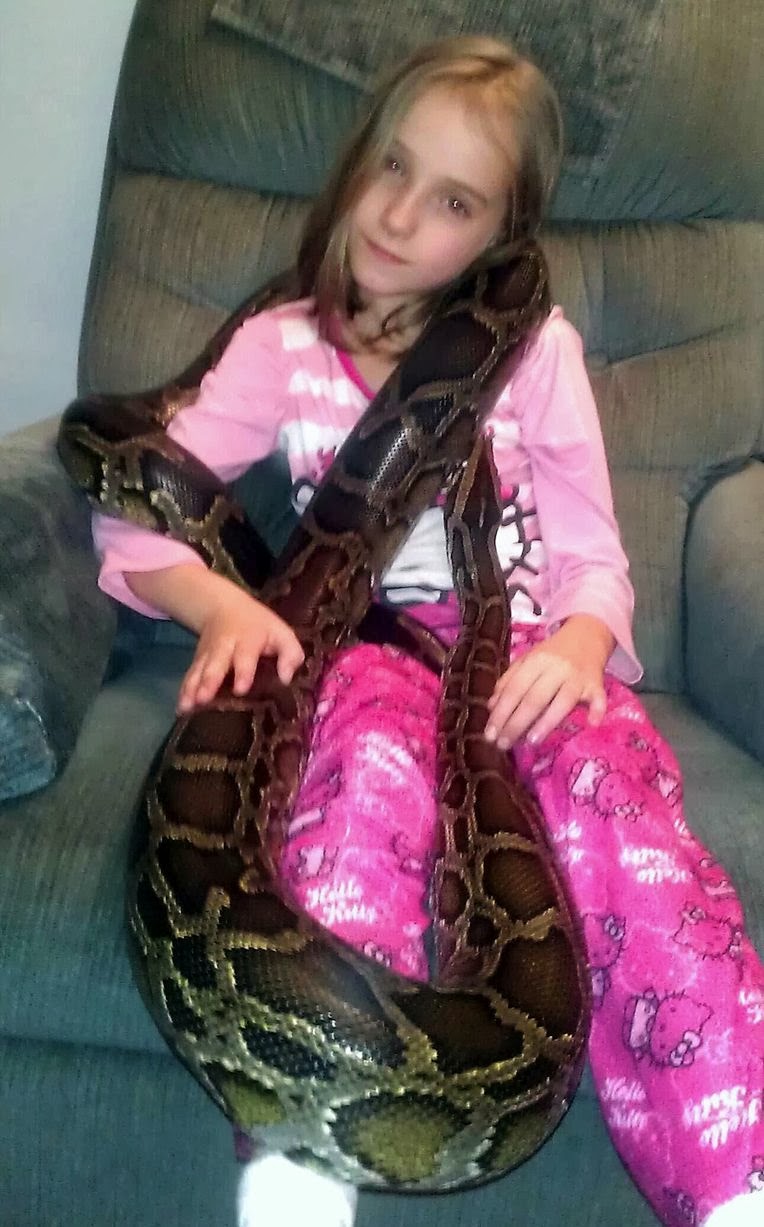 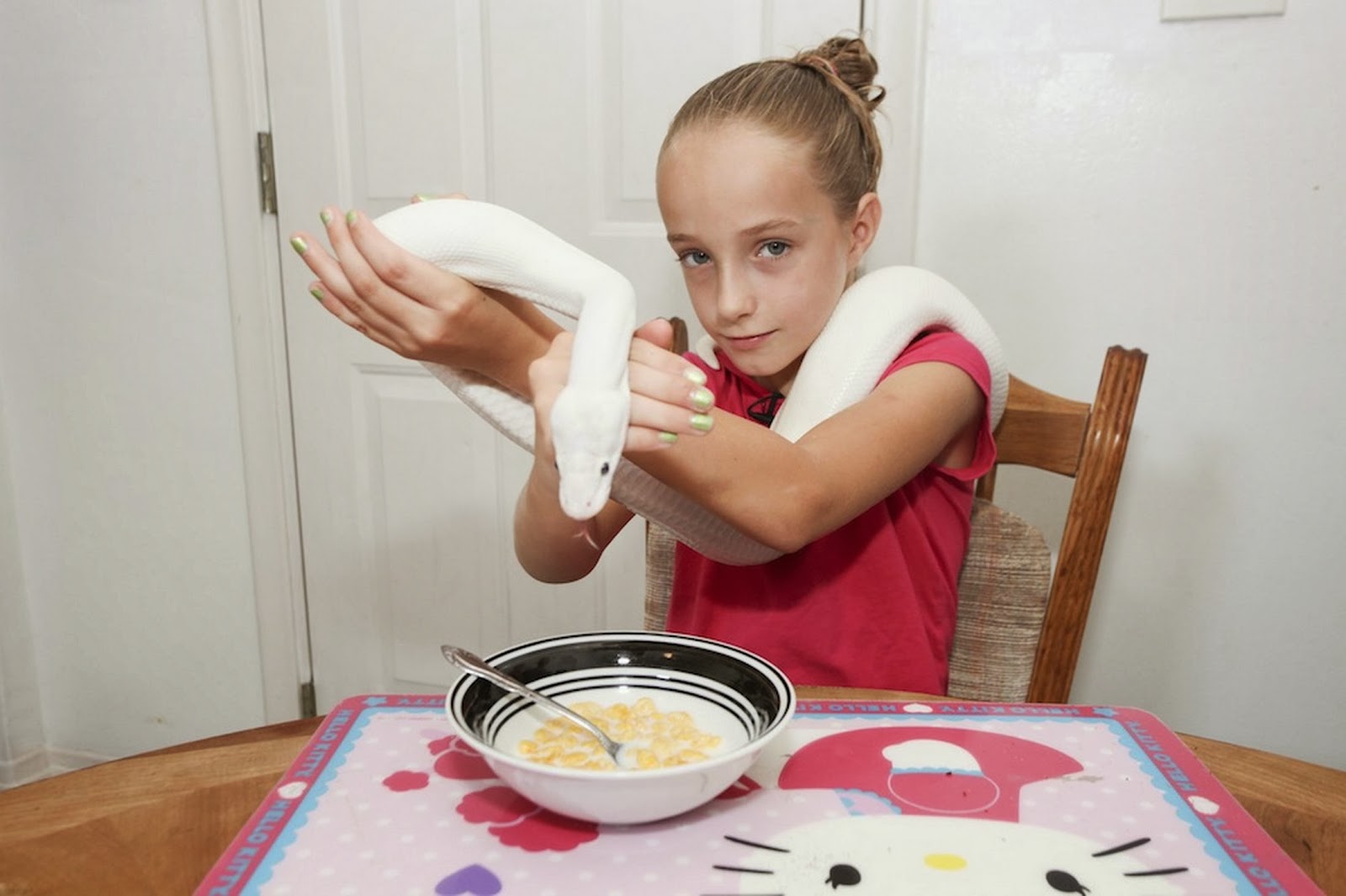 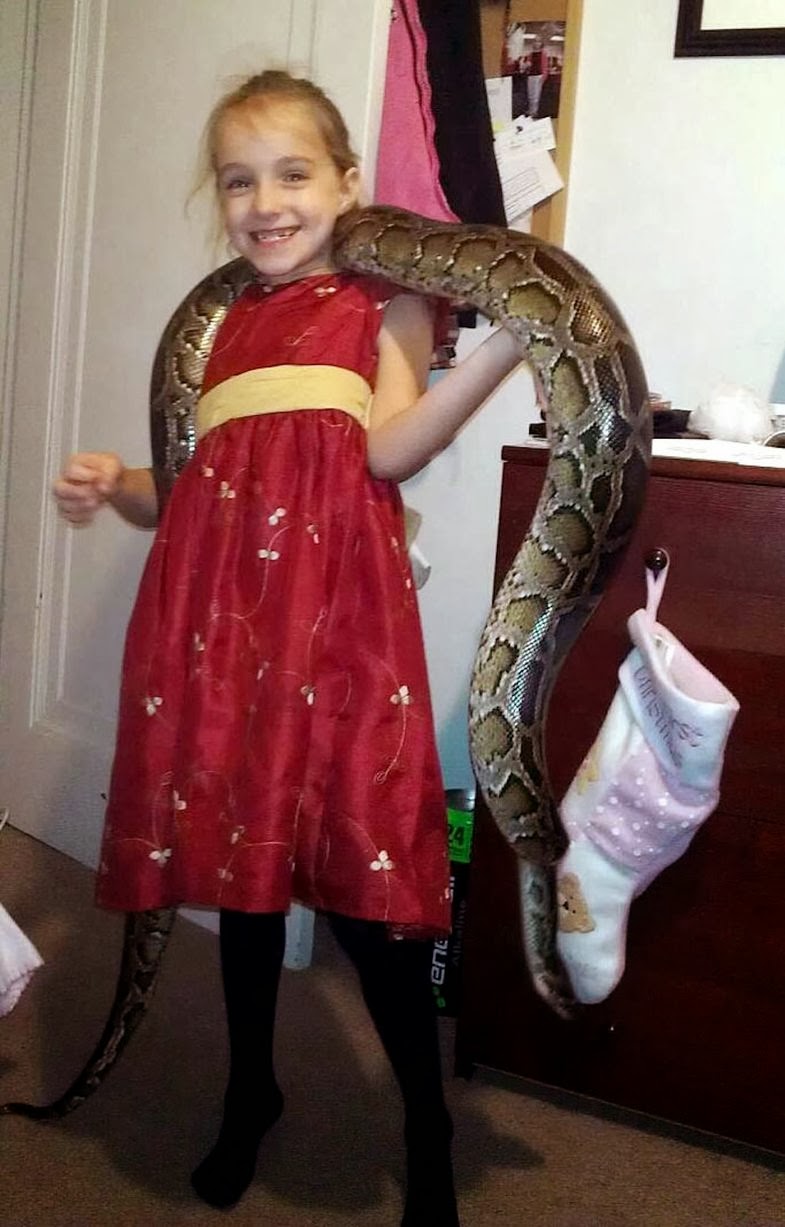 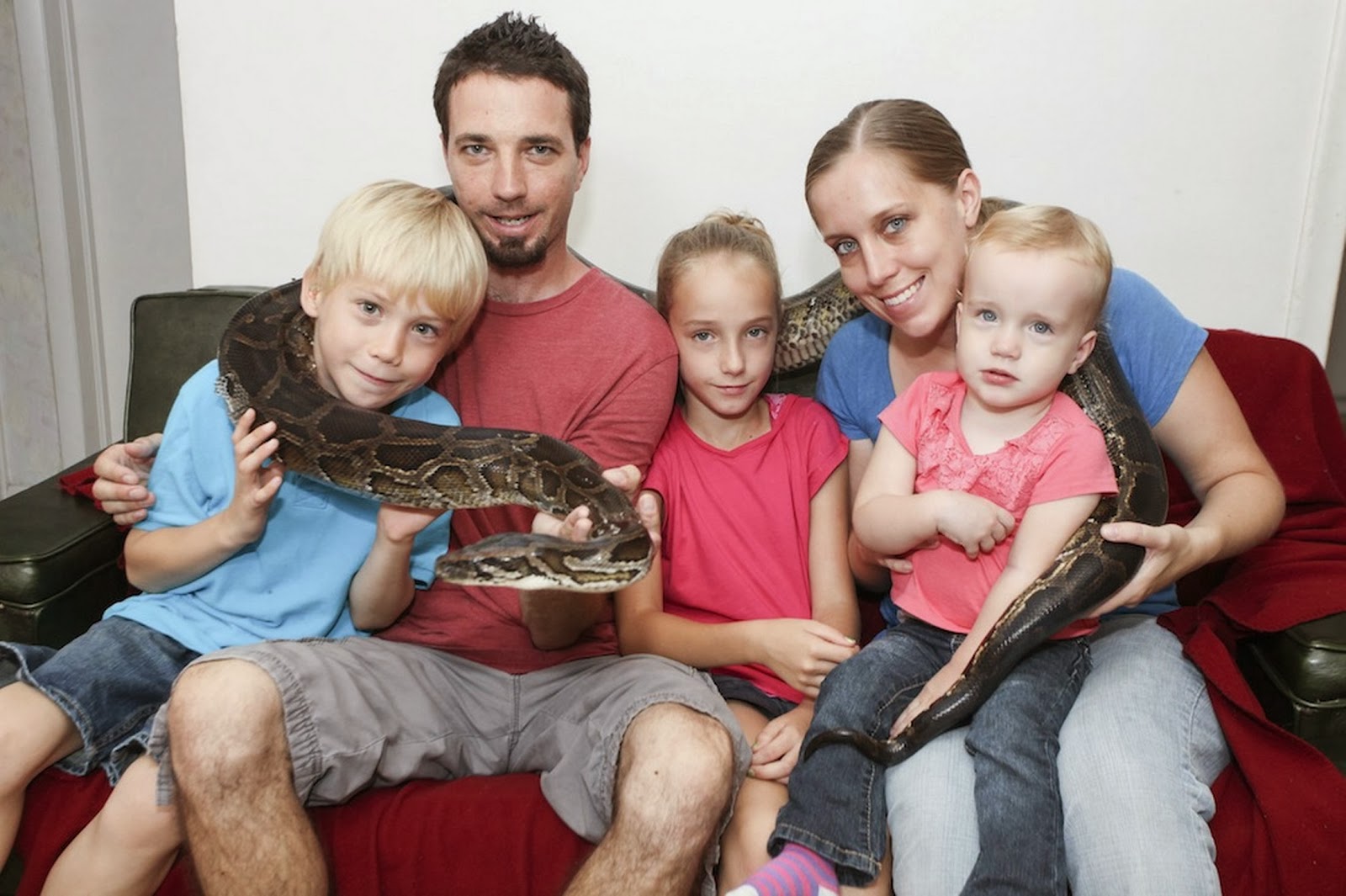 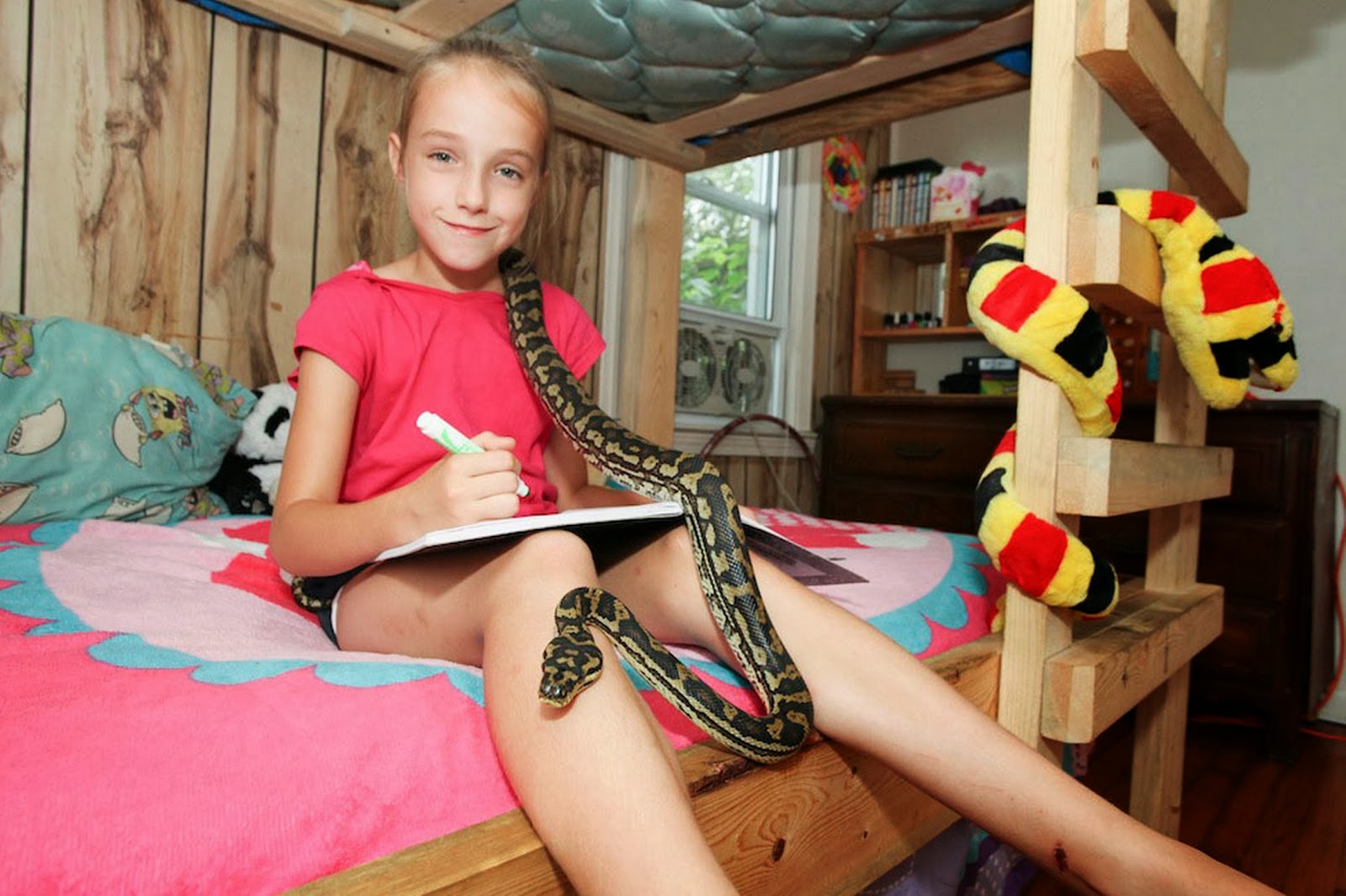 Little Krista Guarino is an expert snake handler despite being just NINE years-old.
The brave schoolgirl lives with a staggering 30 reptiles, including anacondas and a 12ft python at her home in Michigan, America. She eats, sleeps and plays with the creatures – some of which are twice her size – and held her first snake when she was just TWO.

The plucky schoolgirl has even been bitten a few times but none of the snakes are venomous and Krista claims the bites don’t even hurt! She said: “I’m never afraid of snakes, not even a little bit. I’m crazy for them.”
Krista, the eldest of three children, was first introduced to the animals by dad Jamie, 33, who is a snake specialist.
He said: “Snake was one of her first ever words.
“I knew when she was very little that they were going to be her passion.
“From an early age she wasn’t like a normal kid – she wasn’t afraid of snakes at all.
“She just wants to go up and grab them and pet them and play with them.”
During the summer holidays Krista helps Jamie out at their local reptile house and shows no fear when playing with, training or handling any snake.
She even helps to feed the ALLIGATORS.
The father and daughter team also enjoy weekends searching for rattlesnakes – one of the most dangerous species in the world.
And they upload their hair-raising videos of all their adventures to their SnakeHuntersTV channel on YouTube.
Krista has already set her sights on opening her own reptile zoo when she’s older because she wants to change perceptions about snakes.
She added: “Some people are afraid of snakes and they want to kill them but I think they’re really cool and interesting.
“One day I want to own every kind of reptile in the world.”