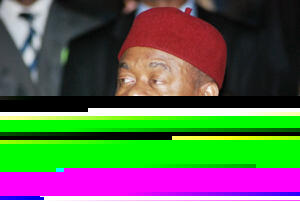 Son of Abia State Governor Chinedu Orji escaped death at the weekend, after a gun attack led to the death of one of his aides, John Ndubuka.

The attack on Chief Theodore Orji’s son which happened in Umuahia, the state capital has been regarded as an assassination attempt by the state government.

Chinedu was said to be on his way out of the venue of a grand civic reception held for his father by the people of Ikwuano/Umuahia federal constituency when the incident happened.

There was said to be a gunshot from a yet unknown source which hit Ndubuka, who was beside Chinedu.

He later died at the Federal Medical Centre (FMC) after a team of medical personnel’s efforts at saving him proved futile.

Confirming the incident, Police Public Relations Officer (PPRO) in the state, Mr. Geoffrey Ogbonna, a Deputy Superintendent of Police (DSP), confirmed the incident, saying three suspects had been taken into custody while investigation had commenced to establish the source and motive behind the shooting.