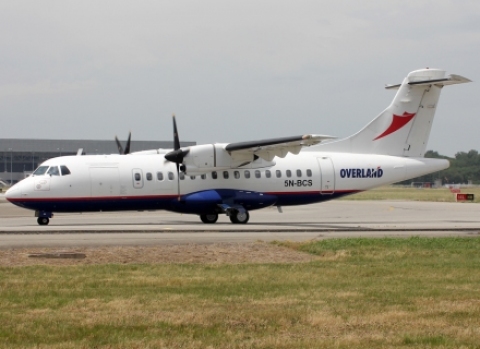 What could have been a major air disaster was averted on Friday as one of the engines of an Ibadan-bound aircraft from Abuja allegedly caught fire just before take-off.

It was learnt that a passenger raised the alarm about the fire.

Confirming the incident in a statement yesterday, the office of the Director of Aerodrome and Airspace Standards said the incident happened as the flight taxied for takeoff when a passenger on board raised the alarm that there was a fire in one of the engines.

Operators of the aircraft, Overland Air, could not be reached for comments as of the time of filing this report.

Also, the Nigerian Civil Aviation Authority said it regretted the ugly incident of alarm raised by an onboard passenger in a flight involving Overland Air enroute Ibadan from Abuja airport on Friday.

A statement by the NCAA said the pilots were however, quick to respond to the situation as they opened the emergency exit and ensured that all passengers on board were safely evacuated.