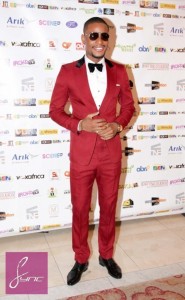 The event was held at the Park Plaza, Riverbank London.