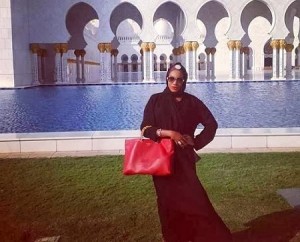 Nollywood actress — Chika Ike entered into the new year in grand style as she spent the early part of 2014 holidaying in the United Arab Emirates.

A lot of people have criticized her for showing off on social media but Chika Ike is stamping her feet down as she explains in a recent interview with the Sun when asked about her trip,

Read what she said: –

Whose money? Is it not the money I worked hard for? Did anybody give me? I have worked hard and I deserved every bit of the luxury I enjoyed over there and I can proudly say that. I will do it over and over again because I deserve it.