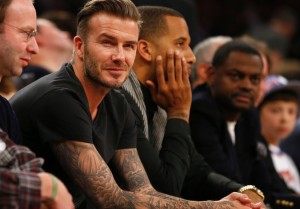 David Beckham is set to return to Major League Soccer on Wednesday, this time as an owner of a Miami team that will become the league’s 22nd club.

Beckham and Don Garber, the commissioner of M.L.S., will announce the awarding of the new team at a news conference in Miami on Wednesday, two people familiar with the deal said. The team will not begin play in M.L.S. until at least 2016.

The league values its association with Beckham. As part of his original contract when he joined M.L.S. as a player in 2007, he was granted the right to buy a team — with some limits on its location — for what would be the below-market rate of $25 million.

Beckham narrowed his sights to South Florida last year after retiring as a player, and the league has held off on the awarding of the team only because it requires new clubs to have a stadium plan in place. Beckham’s ownership group does not yet have a completed stadium deal, but Wednesday’s announcement will be a sign that the league is confident one is close.

The league has let the requirement slide in the past. New York City F.C. was announced as the league’s 20th team last year, after paying a reported fee of close to $100 million, but it still does not even have a temporary home for its first season, in 2015. Orlando City, which was named M.L.S.’s 21st team in November, has a stadium deal in place and will also begin play in 2015.

M.L.S. is sure to welcome Beckham as an owner, but getting a stadium for the team in Miami will not be easy, because of political pressures and a vibrant real estate market that has driven up prices.