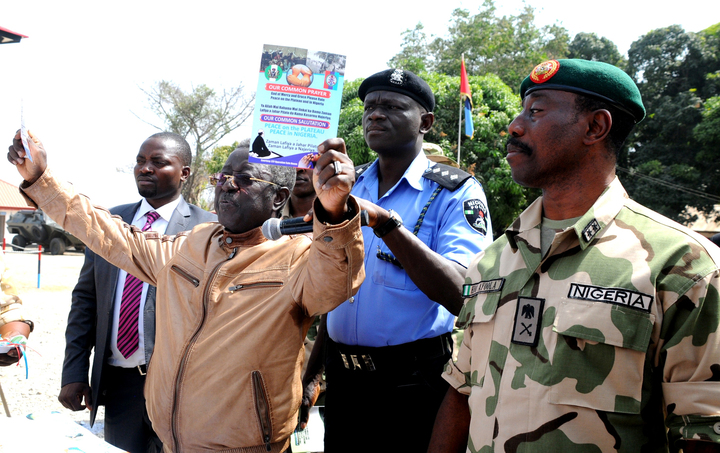 No fewer than 29 people were reportedly killed in two villages along the Barkin-Ladi Bokkos Road in Plateau State in a fresh attack Saturday.

The latest development brings to 47 the number of persons killed in different attacks in the state since Monday.

Although security agencies have not given any official figure on the casualty from this latest attack, Mr. Mike Lipido of Stefanos Foundation, a no-governmental organization, said 29 deaths were recorded in the two villages.

The killings are believed to be an extension of attacks and counter-attacks between locals and Fulani herdsmen, which have left scores dead in recent times.

An eyewitness said some of the attackers barricaded the Barkin-Ladi – Bokkos highway attacking vehicles and travelers.
He also confirmed seeing four corpses littered on the road.
The state Police Commissioner, Mr. Chris Olakpe, confirmed the attack but refused to give the number those killed, adding that the prompt intervention of security agencies ensured that the situation did not spiral out of control.

He said a committee, made up of traditional rulers and the police had been put in place, for intelligence gathering and checkmate threat to the fragile peace existing in troubled parts of the state.

When contacted, Media Officer of the Special Task Force (STF) in Plateau State, Captain Salisu Mustapha, could not give details of yesterday’s attack as he claimed to be on his way to the scene with his commander.