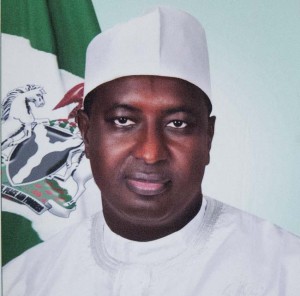 Governor Mukhtar Ramalan Yero of Kaduna State will soon be dragged before the Internal Criminal Court (ICC) in the Hague for what the Southern Kaduna Indigenes Progressive Forum (SKIPFo) said was genocide against the Atakad people of Kaura Local Government Area in the southgern part of the state.

Te group said yesterday that it has compiled enough documentary and other relevant information enough to nail te governor.

A Press Statement signed by the Chairman of the group, Major George Asake (rtd) said that its lawyers were working in concert with other experts to file genocide charges against Yero, and possibly seek his extradition to stand prosecution even after he would have left office.

SKIPFo which gave a detail tabulated sequence of the invasions of Atakad communities and other parts of Southern Kaduna since 2011 said about 160 people have lost their lives, 202 wounded and over 1000 houses set ablaze.

“On the 15th February, 2012, Rev Joseph Hayab, Special Assistant to the Governor on Christian Affairs, and Mallam Halliru Maraya, Special Assistant to the Governor on Muslims Affairs and Ishaku Dogo Makama, Executive Secretary, State Emergency Management Agency (SEMA) Kaduna State said at a Press Conference that after pocketing not less than N564 billion in cash, apart from food stuff and other relief materials, Internally Displaced Persons (all Hausa/Fulani Muslims from Zonkwa) from the last April 2011 polls violence, had refused to leave the Hajj Camp, in Kawo, Kaduna. That was when Sir Patrick Ibrahim Yakowa was in power

“While the aforementioned enjoyed so much largesse from Yakowa, Yero on his part is not known to have offered a kobo to the much publicised 10,000 Takad refugees.

“Governor Yero knows well that the Takad are now under starvation since the Fulani made it impossible for them to return and cultivate their farm. Most of them are sick, traumatized without any form of assistance even as more violence is being visited on them on a daily basis under the watch of Yero.

“Encouraged, by the feeble security in place, a band of ravaging Fulani militants invaded Takad villages again last Monday, and wiped out all the inhabitants before razing the villages into ashes,” the statement read in part.