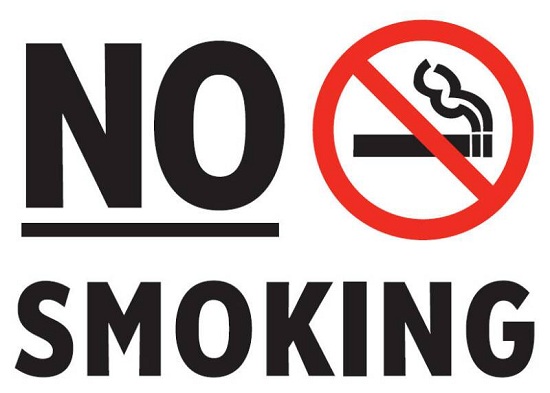 A law, which prescribes a maximum sentence of three-month jail term for anyone caught smoking in a public place, has gone into effect in Lagos.

Governor Babatunde Fashola signed the bill passed by the House of Assembly into law yesterday – thereby making him the first governor to sign into law a bill prohibiting smoking in public places.

The penalties for first offenders include N10, 000 fine and one to three months imprisonment.

Repeat offenders may be fined up to N50, 000 or get up to six months imprisonment.

Fashola also signed another bill establishing the Emergency Command and Control Centre, which designated 112 and 767 as emergency lines. The law prescribes a three-year imprisonment or a fine of N500, 000 for anyone who misuses the lines.

Attorney General and Commissioner for Justice Ade Ipaye said: “The Lagos State Government, in assenting to the bills, take cognisance of the dangers posed by public smoking to members of the public who are not smokers”.

He added: “The law prohibits smoking in all of those areas that have been designated as non-smoking areas, including museums, public toilets, libraries, nurseries, day care centres and any facility used for the care of infants.

“Public telephone kiosks, public transportation vehicles, private vehicles where there are more than one person, school buses, restaurants and cinemas, theatres, amusement parks or any other place used by members of the public, conference centres and exhibition halls. Factories and other premises in which more than one person works and areas used as places of work, including the secretariat, are all defined in the law as public places”.

Ipaye, however, explained that the law permits the owners of certain public facilities, such as restaurants, to designate smoking areas which must not be more than 10% of the entire size of the place. They are also to ensure that the smoking area is properly ventilated.

“Owners of premises as such are also required to fix smoke detectors and ensure that those who go out to smoke leave a buffer of about 10meters to the facility. The owners also have the duty to stop smokers from infringing on the rights of the non-smokers because the owners could be criminally liable for not stopping smoking in his facility. Law enforcement officers, by this bill, could enter and inspect the premises”.

Smokers, who smoke in the presence of a minor or anyone below the age of 18 years risks a fine of N15,000 or six months imprisonment.

The law is to be enforced by the Lagos State Environmental Protection Agency (LASEPA).

Fashola expressed optimism that the laws would further strengthen the state’s commitment to protecting lives and property of the citizens.

He said: “These laws only serve to strengthen our hands towards a more efficient discharge of our responsibilities to protect human lives and properties. The bill that prohibits smoking in public places addresses serious public health issues. Before the bills were presented, I read a lot of comments about the possibility of enforcing the laws. But our commitment to public health and public safety is stronger”.

On the law establishing the Lagos State Emergency Command and Control Centre, Ipaye said the legislation was aimed at regulating the making of calls to the emergency centres and limiting hoax calls.

“No one except for the purpose of informing the centres any event properly defined as emergency is allowed to call the emergency telephone numbers. Misuse of the lines constitutes offence under this law and offenders are liable to conviction and penalty”, Ipaye warned.