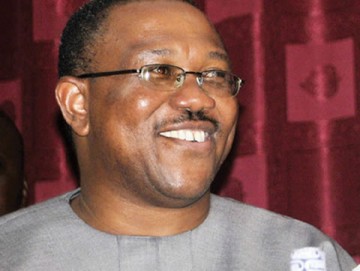 Gov. Peter Obi of Anambra on Friday donated N100 million, three vehicles and other equipment to the Nnamdi Azikiwe University (NAU), Awka, to enhance its development.

Obi said at the presentation of the cheque, two buses, a security vehicle and a 50 KVA generator in Awka, that the gesture would improve the infrastructure in the institution.

“This is part of the state government’s effort to create a better learning environment, and uplift the level of infrastructure in the university”, Obi said.

He said that the administration was committed to achieving the Millennium Development Goals (MDGs).

The governor said that his administration was able to save more than N20 billion in its savings account over the years.

Obi presented one million naira to the indigenes of the state studying in the university, while one of the buses was presented to the Student Union Government.

The governor also pledged one million naira to every first class graduating student of the institution.

Responding, the Vice Chancellor of NAU, Prof. Boniface Egboka, who was represented by the Deputy Vice Chancellor (Administration), Prof. Greg Nwakoby, thanked Obi for the gesture.

Egboka commended the governor for his drive toward transforming the education sector in the state.

“We congratulate you for your most outstanding good governance of Anambra State.

“You have done exceedingly well for the state and for Nnamdi Azikiwe University”, the vice chancellor said. (NAN)