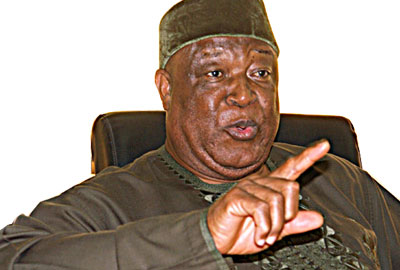 A former National Chairman of the Peoples Democratic Party (PDP), Sen. Barnabas Gemade, on Thursday attributed the crisis in the party to lack of leadership and internal cohesion.

Gemade, who is also a serving PDP senator from Benue, disclosed this in an interview with the News Agency of Nigeria (NAN) in Abuja.

“The major problem in the party was that of leadership and internal cohesion.

“Today, we have a new leadership with the aim of reconciling and bridging the gaps within the party.

“The new chairman, (Alhaji Adamu Mua’zu) is a man who welcomes all strata of people, both those in government and outside the government, because he has seen it all”, he said.

He advised politicians to imbibe the spirit of patience, saying that, everybody cannot be at the same stage at the same time.

The senator described the death of the former Sen. Isaiah Balat, as sad and shocking, describing him as a true son of the middle belt and political associate.

“He was a nationalist, who worked tirelessly in all the endeavour he had been involved in and will be greatly missed”. (NAN)