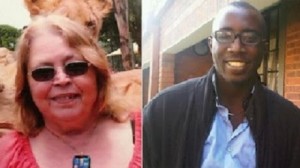 Omg, I really don’t know why these boys do this. Fast money maybe? Haba! It’s not that hard to make it in life when you work hard and pray hard to God for his guidance. Really, it’s not. Now he is going to spend the rest of his life behind bars. Which is best? Sad.

Read how this 28-year old Nigerian killed a 67-year old, mother and grandma who he dated online for four years before meeting and killing her in South Africa last year.
Nigeria’s Economic and Financial Crimes Commission, on Monday said it had arrested a 28-year-old man wanted in connection with the death of an Australian woman, Jette Jacobs, and for defrauding her of $90,000 in an online dating scam. 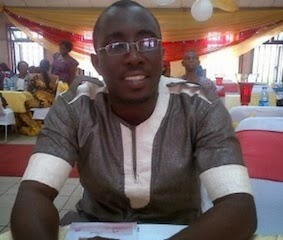 According to the agency, Orowo Jesse Omokoh was arrested on January 28 in Nigeria, without stating where exactly.
The graduate, who attended the University of Ibadan, in the southwest of the country, will be brought before court for extradition proceedings, a spokesman said.
The suspect allegedly met the 67 year old Aussie on a dating site and struck a sizzling romantic affair that necessitated him moving to Johannesburg in 2013 to link up with his lover.
Omokoh allegedly arrived in Johannesburg, South Africa on February 4, 2013, to meet with Jacob who had been in Johannesburg since November 2012.
Five days after Omokoh arrived and took up residence with her, Jacob was found dead in her apartment with some of her valuables missing.
After the incident, Omokoh reportedly fled South Africa and returned to Nigeria.
“The South African police, which is investigating the mysterious death, are suspicious that Omokoh has a hand in the demise of Jacobs,” the EFCC said.
The organisation, which investigates money-laundering and online scams, said Australian Federal Police informed officers in March that Omokoh had allegedly defrauded Jacobs of $90,000.
Jacobs, a grandmother from Western Australia, reportedly sent tens of thousands of dollars to Nigeria during her four-year “romance” with a man known as “Jesse”, according to Australian media.
The 67-year-old is said to have previously met him in Johannesburg in 2010 without incident.
Her body was found on February 9. The EFCC said Omokoh had given “useful” information and “efforts are on to track his accomplices”.