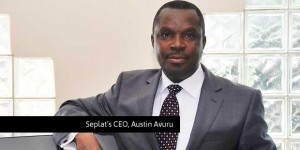 The passage of the Petroleum Industry Bill (PIB) will open up opportunities in the offshore industry, MD/CEO Seplat Petroleum Development Company Plc, Austin Avuru has said.

The introduction of both “fiscal and non-fiscal enablers in the Petroleum Industry Bill could add significant value to the economics of offshore investments such that PIB only erodes between 10 -15% of the remaining value of existing and new offshore investments in Nigeria,” Avuru noted.

Avuru made the declaration during his presentation at the IP Week, London 2014. Avuru, who spoke on the theme, “Petroleum Industry Bill: Increasing Investment Opportunities in the Offshore Nigeria”, noted that the non-passage of the PIB bill is inimical to the progress of the industry.

The PIB is expected to help the oil industry in terms of restructuring the institutional and fiscal framework to promote transparency, efficiency, exploitation activities and maximize economic rent accruing to the government as it hopes to achieve 40 billion barrels of crude reserves and oil production of 4 MMBOPD by 2020.

He also noted that signing the PIB has become an imperative because of the emergence of other oil rich countries in Africa, a situation that has affected FDI inflow to Nigeria. Putting it in perspective Avuru noted that according to UNCTAD.