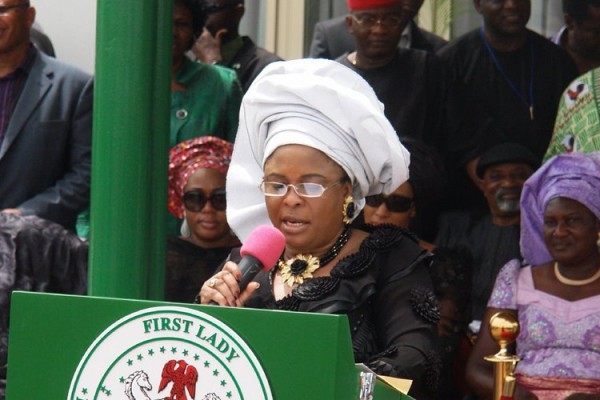 A non-governmental organisation, I-Nigerian Renaissance Initiative, has pleaded with the First Lady, Dame Patience Jonathan, to work for the entrenchment of peace in the country as politically-inspired violence is increasing ahead of the 2015 elections.

The National Coordinator of the group, Ada Stella Apiafi, said that Mrs. Jonathan’s many peace-oriented projects, which led to her self-declaration as “Mama Peace”, would be unreal if she could not do anything to stop the crisis currently rocking her home state, Rivers, and other parts of the country.

The I-Nigerian leader said that much violence had been going on since the beginning of the year.

She said, “It will be difficult to ignore the fact that violence has been rearing its head among us, threatening our national security, and claiming so many lives and property, and this is giving the country a bad image each day.

“Rivers State, Borno, Maiduguri and Ilorin have witnessed violence that have kept our security apparatus working round the clock. This is a challenge to her. Sadly, all these have taken place within a period of one month!”