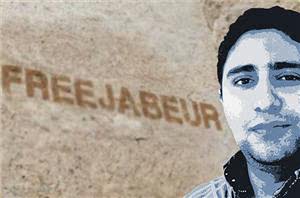 A Tunisian, who was jailed in 2012 for posting cartoons of Prophet Muhammed online has received a presidential pardon, an official said on Wednesday. It was however unclear whether he would be released.

President Moncef Marzouki on Wednesday announced on his official Facebook page that Jabeur Mejri had been granted a “special pardon” without providing further details.

However, the spokesman said “we were surprised by the existence of another (criminal) case”, without elaborating.

The Tunisian head of the International Federation for Human Rights, Mokhtar Trifi, who has been closely following the case, said he was unaware of any other allegations against Mejri.

“We have absolutely no knowledge of any other case,” he told AFP news agency.

Mejri, who comes from Mahdia, south of the capital Tunis, is serving a seven-and-a-half year sentence for posting cartoons of the Prophet on his Facebook page.

Since the penal code does not punish blasphemy, he was convicted of transgressing morality, defamation and disturbing public order.