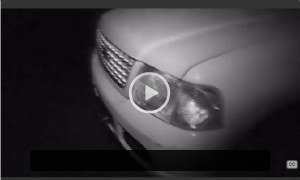 A woman in her 70s is recovering in a Portland, Oregon hospital after getting her hand trapped underneath the hood of her pickup truck, forcing her to stand in harsh weather overnight.

The grueling accident started Wednesday afternoon when the woman was hooking up a charger to the battery of her truck near her home in Molalla, Ore.

The hood slammed down on her hand and clicked the latch, making it impossible to remove her arm, KPHO-TV reported.

The victim, whose name has not been released, was unable to sit down and spent 18 hours exposed to rain and snow. At one point, she jogged in place just to stay warm.

She screamed for help all night long, but no one her heard cries until the next day when some neighbors rode through the area on horseback, KATU-TV reported.

“[The neighbors] estimate that it took an hour from when they first heard the calls to when they found her,” Lt. Mike Penunuri of the Molalla Fire Department told ABC News.

Penunuri credits her amazing survival to her choice of apparel.

“She was dressed in several layers of clothing, several shirts, outer garments, a vest, a coat, and heavy pants,” Penunuri said. “I’m not sure if she was working outside or just went to connect her battery charger. I’ve done this — I’ve gone out in jeans and tennis shoes to do something really quick. If she had done that, I don’t think she would have survived. The hypothermia would have killed her.”

A Lifeflight helicopter ambulance took the woman to a Portland hospital for treatment.