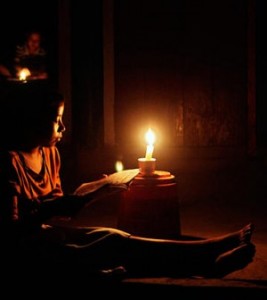 The Federal Government said over 30 million Nigerians are yet to be connected with the national electricity grid.

Minister of Power, Prof. Chinedu Nebo who disclosed this while declaring open, the Nigerian Renewable Energy Private Equity seminar in Abuja, Wednesday, said most of the affected Nigerians are in the rural areas.

Speaking at the seminar organised to sensitise investors, fund managers, policy makers and other stakeholders on the need to support the development of renewable energy, the minister called for more private sector financing to improve electricity supply.

Represented by the Permanent Secretary in the ministry, Amb. Godknows Igali,the minister noted that the training is meant to sensitise and mobilise stakeholders to initiate an equity fund through private sector participation to promote sustainable energy.

Citing the United Nations Report on access to power he said, “there is still a wide gap in power supply. Sadly for us here in Nigeria, we still have about 30 million people that do not have access to power at all.”

“This is the reason the federal government is focusing on Renewable Energy (RE) particularly off-grid solar and small hydros that would not need to depend on the national grid,” Nebo said.

Nebo disclosed further that government is now rounding up on financing process for the 3050mw Mambilla hydro dam and would soon be flagged off by President Goodluck Jonathan.

He said, “there are 264 hydro dams which have not been fully utilised, so in this first quarter, government did a study and is fixing the turbines and other components in 12 of them to increase their generation capacity.”

In his remarks, the Coordinating Minister of the Economy and Minister of Finance, Dr. Ngozi Okonjo-Iweala said there is a need to supplement mainstream power generation through the harnessing of renewable energy.

Okonjo-Iweala who was represented by Hajia Lare Shuaibu, said that the Nigerian Bulk Electricity Trading Company Plc (NBET) has received proposals and enquiries on developing the vast renewable energy in Nigeria. “Giving the national resources of sunlight, wind, biomass among others, we need to start thinking of how they can be harnessed for the power sector,” she added.

The Chief Executive Officer, Henshaw Capital Partners, Barbara James said in his remarks that business financing through banking lending and capital market lending at a percentage of the GDP is still relatively low, about 20 percent unlike in other advanced countries like Brazil.

Barbara noted that the seminar is to prepare the grounds for an intended development of a Private Equity and Venture Capital where resources would be pooled to develop a sustainable renewable energy for the country.

She stated that private equity is an ecosystem that involves investors, fund managers, entrepreneurs, and the policy makers adding that, “We work with these different groups in the ecosystem to raise their awareness, engage them in pre-investment and post investment activities in the sector.”

In his goodwill message, Chairman of the Senate Committee on Power, Sentor Philip Aduda said despite the vast renewable energy sources, Nigeria still experience acute inadequate power supply.
He maintained that the Renewable Energy section is a new frontier that needs to be developed to boost supply.

“This is a new frontier in the sector, so it needs political will and financiers for this. We must set up codes and standards to create solar power, solar PV among others and this is up to the Nigerian Electricity Regulatory Commission (NERC) to hasten it.”

Meanwhile the Chairman, House Committee on Power, Hon. Patrick Ikhariale said, “I am happy that aside the conventional energy generation, we are now joining other country to talk of renewable energy. As legislators, we have to look at its legal impediments of developing renewable energy which we will continuously give our assurance.”

“If we can fix the power problem, we must have fixed more than 60 to 70 percent of the problem we have in Nigeria. We are going to have more employment, business, increased GDP and an improved FDI,” he added. [Vanguard]