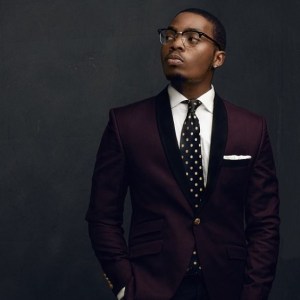 Olamide Adedeji (born March 15, 1989), popularly known by his stage name Olamide, is a Nigerian Hip hop recording artist from Bariga, Lagos State. He records mostly in Yoruba, his native tongue. In 2011, he released his debut studio album, Rapsodi, while signed to Coded Tunes. His follow-up album, YBNL (2012), was released under YBNL Nation, his label imprint. The album was supported by the singles “First of All”, “Voice of the Street”, “Stupid Love”, and “Ilefo Illuminati”. On November 7, 2013, he released his third studio album Baddest Guy Ever Liveth. The album’s singles include “Durosoke” and “Yemi My Lover” among others. On July 17, 2013, Olamide became the first Nigerian to sign an endorsement deal with Cîroc. Olamide has won several music awards, including multiple Nigeria Entertainment Awards, The Headies, and Nigeria Music Video Awards (NMVA) to name a few.

Olamide was born in Bariga,Lagos State. Olamide Started his Career at a tender age. Roughly a year into his professional music career, Olamide became a household name. Eni Duro, armed with only his pen and paper, the 300 level mass communication part-time student of Tai Solarin University then in 2011 released what was without a doubt an outstanding debut album,titled RapSoDi. Olamide’s 1st album contained 16 tracks. Sometime in 2000, Olamide decided he would like to pursue a career in music. When asked why music, the fast rising Rap Artiste said “I found out I was gifted in it so I had to explore it, it’s my life, my hustle, my world”. In 2010, fresh faced Olamide performed on arguably the biggest stage in the Nigerian Music scene; “The Hip Hop World Awards”

Olamide’s road to fame is one for the history books, this time some years back he was a regular kid growing up in the Heart of Lagos Mainland; Bariga. Even though Olamide insisted he is still that Bariga boy a lot has changed in his life. He was signed onto ID Cabasa’s Coded Tunez Record label and was managed by Industry’s heavy weight, Toni Payne. Earlier 2012 he left coded tunez and started his own record label ‘YBNL Nation’ where he released two of his three albums.

Olamide’s debut album, Rapsodi, was released in 2011, yielding several singles, with Eni Duro as the lead single. This proved to be his breakthrough single. Olamide’s debut offering led to collaborations with other artists, including Wizkid, ID Cabasa, 9ice, Reminisce, and D’banj among others. Olamide’s lead single “Eni Duro” made the top chart of requests on radio stations.

2012: YBNL Olamide’s second studio album, YBNL, was released in November 2012. It features guest appearances from Davido, Tiwa Savage, KaySwitch, Dammy Krane, Reminisce, Samklef, Buckwylla, Minus 2 and Base One. The album was supported by the songs: “Money”, “Owotabua”, “Fucking with the Devil”, “Fuji House”, “Voice of the Streets”, “Ilefo Illuminati”, and “Street Love” among others. Olamide’s second studio offering showcases him as an artiste who has grown to understand his market and does not hold back in his bid to satisfy the needs of his fans. YBNL was produced by Tyrone, Samklef, 2 Kriss, Pheelz and ID Cabasa.

Rumors of a record deal with DB records After several days of speculation and rumors saying D’banj signed Olamide to his record label. Olamide confirmed via his Twitter account making clarifications about the rumor. In an exclusive interview with Toolz of NdaniTV, Baddo said: “It is too late for anybody to sign Olamide”.

On July 17, 2013, Olamide became the first Nigerian to sign an endorsement deal with Cîroc. On October 24, 2013, Olamide signed a multi-million Naira deal with Guinness. In November 2013, he became an ambassador for Etisalat alongside Ice Prince.