Home Politics It Would Be A Grievous Mistake To Allow Jonathan Continue In Office...
Facebook
Twitter
WhatsApp 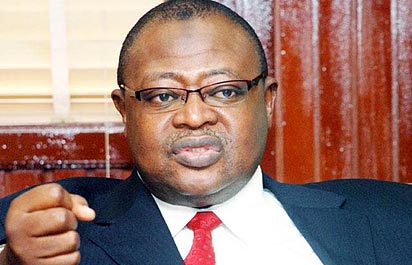 A former Minister of Youths Development, Barrister Inuwa Abdulkadir, has said it would amount to a grievous mistake for Nigerians to allow the present administration to continue beyond 2015 against the background of insecurity and corruption in the country.

The former minister harped his assertion on the daily killings of innocent Nigerians, increase in kidnapping cases and other crimes as well as huge amount of money being diverted, saying these vices expose the present Peoples Democratic Party, PDP-led administration’s inability and lack of capacity to lead the country on the path of peace and tranquility.

“How could people trust that that man (Goodluck Jonathan) is capable of preventing the menace crossing over some part of the country”, he said.

Speaking to Daily Trust, Abdulkadir, who was sacked last August and is currently the interim chairman of the opposition All Progressives Congress (APC) in Sokoto State, added: “One has to exhibit the capacity and willingness to show that clearly he is capable of leading the country to peace and tranquillity”.

He also said that Nigerians are not convinced that the suspension of Sanusi Lamido Sanusi as Governor of the Central Bank of Nigeria, CBN, was not political no matter how hard the Presidency tried to justify what he called its “unconstitutional” action.

The suspension, according to him, was in flagrant disregard to the CBN Act.

“It is a clear lack of capacity, lack of political will to stamp out corruption on the part of the President and I assure you that this action is politically motivated. No matter how the President wants to demarcate this issue, you cannot separate them.

“Assuming that Sanusi had not blown the whistle, it would have been a different matter. I am glad that the Minister of Finance was bold enough to ask for forensic examination of the allegation which is a good development because if that is not done, Nigerians will continue to doubt the integrity and willingness of Mr. President to fight corruption”, he said.