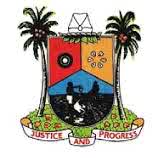 The Lagos State Government has dragged the Federal Government to the Supreme Court, challenging its power to deduct one percent from the revenue due to all federation units from the Federation Account for the sole purpose of funding police reforms.

In the originating summons filed pursuant to sections 1(3) and 232 of the 1999 Constitution by its Attorney-General and Commissioner for Justice, Mr. Adeola Ipaye, among others, the state government said the decision to deduct the one percent from the Federation Account violated section 162 (3-5).

Lagos disclosed in the originating summons that the federal government (defendant) had been deducting the one percent since October 2013.

On this note, the state government averred that the deduction of one percent from the revenues due all the federating units from the Federation Account was absolutely unconstitutional and illegal.

As contained in the summons, the plaintiff asked the apex court “to declare that it is unlawful for the defendant to deduct at source one percent or any other fraction or per cent of the revenue due to Lagos State and its local government councils from the federation account under the Allocation Revenue Act for the purpose of funding police reforms or for any other purpose.”

The plaintiff, also, sought a declaration that it “is unlawful for the National Economic Council or any other agency of the federation to authorise by resolution, decision or consensus, the charge or deduction at source by any authority or person of any part of revenue due to Lagos State Government and its local government councils under the Allocation Revenue Act for the purpose of funding police reforms.”

The plaintiff sought an order compelling the defendant “to immediately reverse the unlawful deduction of one percent or any other sum deducted from the revenue due to Lagos State and its local governments from the Federation Account and to credit the amounts so far deducted to Lagos State Government with interest at the current Central Bank of Nigeria minimum rediscount rate.

It further sought from the court an order of perpetual injunction restraining the defendant by itself, agent, servants or workers from unlawful deduction of one percent or any part of the amount due to Lagos State Government and its local government councils from the Federation Account for purpose of funding police reform or for any purpose whatsoever.

The federal government began the deduction of the one percent from states since October. In a response to alleged deduction, Lagos State Governor, Babatunde Fashola wrote to President Goodluck Jonathan on November 12, 2013 imploring him to kindly direct that the deductions in respect of Lagos State be reversed and credited for the benefit of the state and its local governments.

But the president did not reply, a situation which prompted the governor to formally inform the Lagos State House of Assembly recently “to declare his intention to sue the federal government over the matter.”

At the briefing, the governor contended that as a result of the deduction, insufficient statutory allocation “has reduced the capacity of the state and its local governments to fund their programmes and projects.”

“The National Economic Council has no power under the constitution of Nigeria or under any act of the National Assembly to approve any deduction, appropriation or expenditure from the federation account or statutory allocations due to the states and local governments.” [ThisDay]