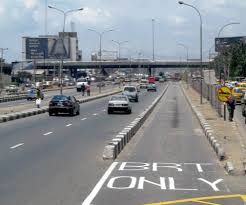 The Bus Rapid Transit (BRT) lanes are being converted from asphalt to concrete pavement in a bid to reduce the lanes’ maintenance cost, guarantee the life-span of the buses and reduce their downtime.

Managing Director of the Lagos Metropolitan Area Transport Authority (LAMATA), Dr. Dayo Mobereola, who made the disclosure yesterday at a stakeholders’ meeting, said concrete pavement, where it was used in other parts of the world, brought down the cost of maintaining vehicles and the road itself.

According to him, “Concrete pavements are maintenance free and could last more than 30 years before requiring any form of maintenance”.

The project, which first phase from Mile 12 to Anthony and back will last 12 months and when completed, will improve waiting and journey times between Mile 12 and CMS.

Shedding more light on the project, LAMATA’s Director of Roads and Traffic Maintenance, Olufunsho Elulade, said the asphalt surface would be completely removed and replaced with concrete mix, which he said would last for more than 30 years.

To ameliorate the effect of the construction work on traffic in the nation’s commercial capital, Elulade said the contractor was being encouraged to work at night when vehicular and human movement is at its lowest ebb.