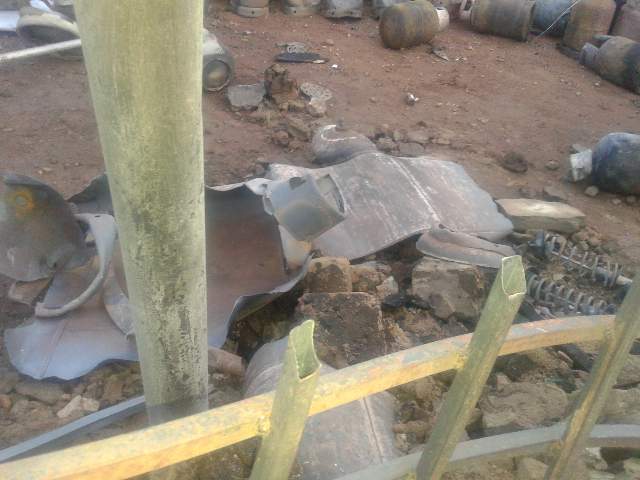 A young man who sells cooking gas at Shagari Plaza, Area 1, Abuja narrowly escaped death today when fire of unknown source started as he was vending gas to a customer.

According to his neighbours, the young man on noticing the fire tried to drag the gas cylinder far from his shop, but it exploded in the process, causing him burns up to the neck.

The customer was said to have managed to push her car far from the scene of the incident before the explosion.

“She was rushing to drive away from the impending explosion, but her car didn’t start. We had to push it a little far from here,” he said, adding, “No one can say for surewhere the fire came from, but you know it’s gas…highly flammable; anything could have happened.”

Another vehicle parked close to the scene was however badly burnt. 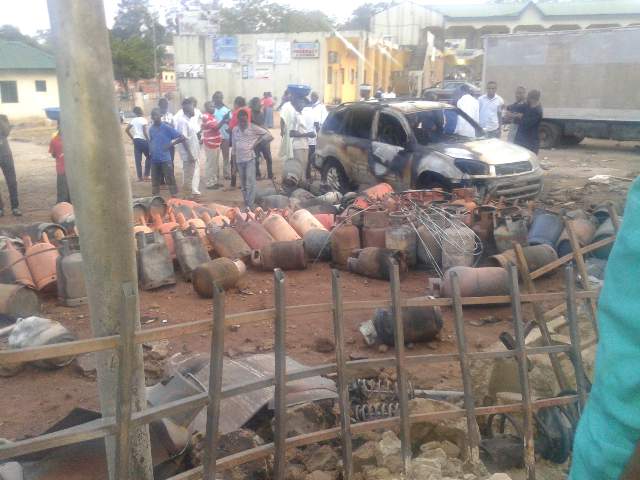 Gas cylinders caught fire one after the other and were exploding as people watched from afar. Debris of cylinders were flung and scattered around the area as they exploded.

Efforts to reach the owner of the shop for comments proved abortive.

The young man in charge of the shop, who was seriously injured had been taken to a hospital in Garki when Information Nigeria got to the scene.

A mallam who sells recharge card close to the gas shop, escaped serious injuries, with a slight burn to the hand the only physical injury he got. He however lost his kiosk to the ensuing fire.