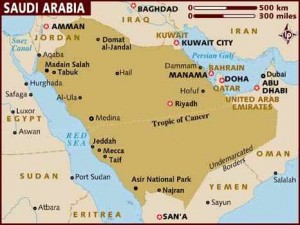 The Saudi Arabian Interior Ministry has issued a list of 50 names banned for cultural or religious reasons, including Linda, Amir and Sandy.

The list of banned names, compiled by the Interior Ministry’s civil affairs department, includes names deemed to be of non-Islamic or non-Arabic origin and monikers seen as incompatible with the culture and religion of Saudi Arabia, Gulf News reported Friday.

The list includes several popular western names, such as Linda, Alice, Elaine and Binyamin, the Arabic version of Benjamin.

Some of the banned names are words associated with royalty, including Amir, Arabic for “prince;” Malek, or “king;” and Malika, or “queen.”