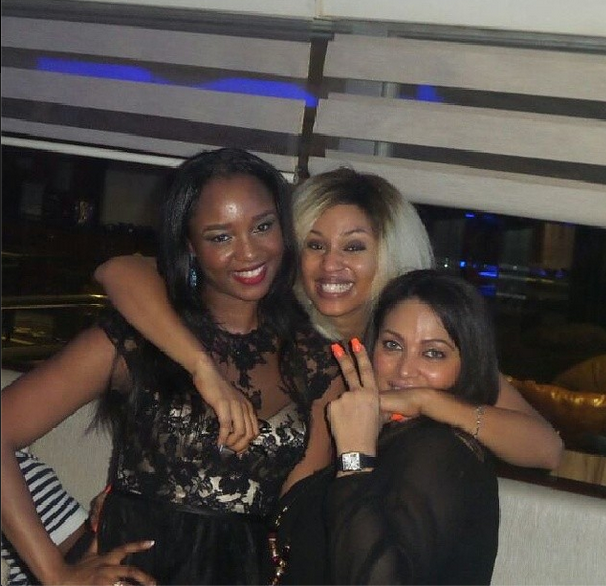 It was reported years back that Muna and Lola fought over Peter Okoye. After she won the MBGN, she was featured in P-square’s ‘Ifunanya’ video and she appeared as Peter Okoye’s main squeeze in the video, which got the rumours flying in. In the earlier photos posted from Anita Isama’s bridal shower, Lola Omotayo-Okoye was not there which sparked rumours that it was because Muna was present. But the ex-MBGN has posted photos of her and Lola and it sure doesn’t look like there’s any rivalry between the two. Besides, she also attended Lola and Peter’s wedding(see photo below) so there really is no need for the unfounded rumours.

Muna shared these photos and tweeted:

“We were melting in that club.hehehe my amazing sisters @lolaomotayo & @aneetahisama luv u two forever” 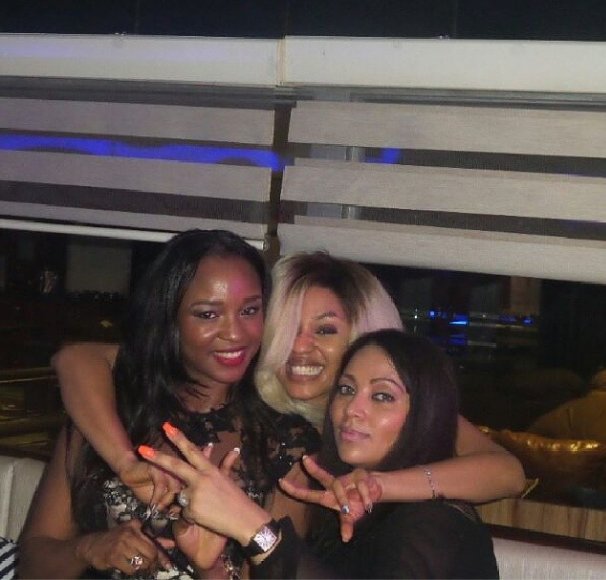 Photo of Muna at Lola and Peter Okoye’s Wedding