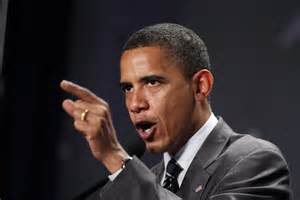 The United States on Monday condemned a bomb attack on a packed bus station in Nigeria which killed 71 people, and called for a full investigation.

“We are outraged by this senseless act of violence against innocent civilians,” State Department spokeswoman Jen Psaki told reporters, also condemning a series of attacks on three villages in Borno State over the weekend.

The bomb, which also injured 124 people, rocked the Nyanya station on Abuja’s southern outskirts as it was filled with morning commuters, leaving body parts scattered across the terminal and destroying dozens of vehicles.

President Goodluck Jonathan blamed Boko Haram militants for the attack, but Psaki called for a “full investigation to identify and bring justice to the perpetrators of these attacks.”

“We continue to stand with the Nigerian government and people as they grapple with violent extremism,” she added. [AFP]