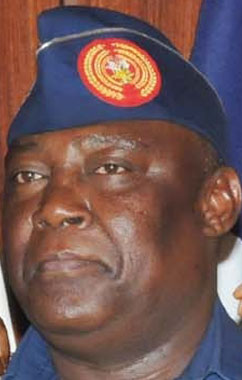 The Defence Headquarters (DHQ) has distanced the Chief of Defence Staff, Air Chief Marshal Alex Badeh, from fake Facebook accounts being operated by some scammers in the country.

This is contained in a statement issued on Monday in Abuja and signed by the Director of Defence Information, Maj.-Gen Chris Olukolade.

“We wish to therefore dissociate the CDS from the said accounts and call on the general public not to patronise them.

“The DHQ views this as a criminal act and effort is being made to track and bring the perpetrators to book”, Olukolade said.

According to the Defence spokesperson, the pervasive Facebook accounts had been misleading the public, who had been patronising the sites.

Olukolade added that the Facebook accounts go by different fake identities and official photographs of the Chief of Defence Staff.