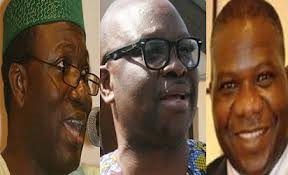 Ekiti State Governor, Dr. Kayode Fayemi has called on the people not to see the June 21 governorship election in the state as a “do-or-die” affair.

In his Easter message, the governor instead urged them to pray for peace and avoid any act capable of breaching the peace.

Mr. Fayemi, who is also the All Progressives Congress, APC, governorship candidate, stressed the need for prayers for peace to reign in the state and the country at large.

They said that the election was crucial, and as such needed collective efforts to ensure its peaceful conduct.

They also urged the people to shun any act of violence, and also ensure that they obtained their voters cards to enable them exercise their franchise.