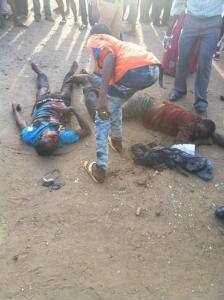 Reviewing of the security situation in the country, as well as ongoing national security measures and operations with a view to determining the best way forward will be the main agenda of the meeting, according to sources.

The president had last Thursday summoned the governors for the enlarged meeting, but only Peoples Democratic Party (PDP) governors attended the meeting.

While Nigerians were wondering if the All Progressive Congress (APC) governors were playing politics with a matter as important as security, Akwa Ibom State Governor Godswill Akpabio, who is also the chairman of PDP Governors, clarified their absence, saying the meeting was called at the instance of the PDP governors, that All Progressives Congress were not invited.