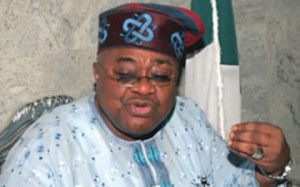 Attempts by the former Governor of Oyo State, Chief Adebayo Alao-Akala to quash the alleged misappropriation of N11.5 billion suit filed against him and his former aides by the Economic and Financial Crimes Commission, EFFC, yesterday failed as the Court of Appeal in Ibadan dismissed the suit.

Alao-Akala, Senator Hosea Agboola, former Commissioner for Local Government and Chieftaincy Matters and an Ibadan-based business man, Mr. Olufemi Babalola, had appealed the ruling delivered on December 12, 2012 by Justice Akintunde Boade of the Oyo State High Court that they had a case to answer.

The EFCC had arraigned the appellants before the Court on 11-count charge on conspiracy, contract awards without budgetary provisions, and obtaining by false pretence.

They all pleaded not guilty to the charges.

While delivering judgment on the ruling, Justice Monica Dongban-Mensem, said the appeal against the ruling of the lower court was premature.

The judge reasoned that the former governor should have waited for the trial to go mid-way at the High Court before appealing it.

According to her, Otunba Alao-Akala failed to produce sufficient proof to convince the court to quash the ruling of the lower court. [Vanguard]