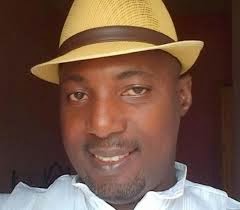 The Delta State Government has denied the claim by Movement for the Emancipation of Niger Delta (MEND) that it paid N500 million as ransom for the release of Ebikeme Clark, son of elder statesman, Chief Edwin Clark.

Ebikeme was kidnapped by unidentified gunmen in his ancestral home of Kiagbodo, Burutu Local Government Area of Delta State last Wednesday, with his abductors demanding a ransom of N60 million.

He was later released Saturday night with the police claiming money did not exchange hands.

However, this claim was punctured by MEND in a statement issued by its spokesman, Jomo Gbomo on Monday.

According to Gbomo, Ebikeme colluded with the Delta State Police Command to hoodwink Nigerians, insisting that a N500 million ransom was paid by the Delta State Government to fund the cleverly stage-managed kidnap.

MEND said the ransom, which was paid from the security votes of the Delta State Government, was later shared among all those who participated in the purported kidnap, which it called a scam.

In a counter response on Tuesday, Secretary to the Delta State Government, Comrade Ovuozorie Macaulay, denied parting with any money for the release of Ebikeme as it had a strict policy of not negotiating or encouraging victims’ families to pay ransom so as not to encourage kidnappings.

Mr. Macaulay said that the statement by MEND was an effort to blackmail the state government and Mr. Clark, who is a delegate at the on-going National Conference in Abuja.

The Delta SSG particularly noted that there was nothing spectacular about Ebikeme that would warrant a huge sum as N500 million to be paid as ransom.

“The government did not pay any ransom. What then is so special about Mr. Ebikeme Clark that will make the State Government pay ransom?” he asked.

Rubbishing MEND’s allegations further, Mr. Macaulay reasoned “the volume of money being mentioned, N500m makes the allegation very foolish for anyone who knows how government runs and the logistics of that volume of fund movement, considering the fact that there were only two working days during the period”.

Mr. Macaulay said that the Delta State Government wished to advise the people of the Niger Delta, especially those still hiding under the umbrella of MEND, that the tactics of blackmail, falsehood, rumor mongering and intimidation in the region were gone.