Lexi and Mandla, known as Mandlexi are the hottest couple in the on-going Big Brother Mzansi in South Africa. 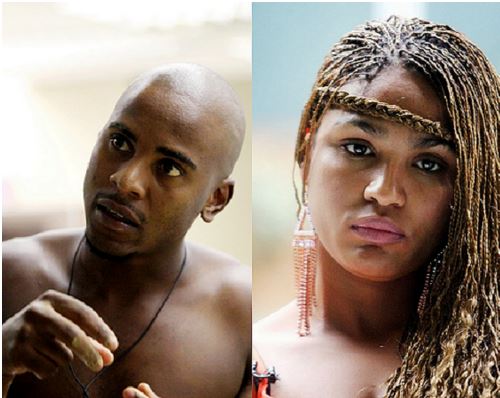 Twitter blew up on 13th March, Thursday night when the duo “got it on” in the shower.

This wasn’t the first time that Lexi and Mandla had done the bad deed; the real issue why people were upset on Twitter over the latest encounter was about the fact that the two did not use condoms, which is quite unfortunate and annoyingly ironic because one of the show’s sponsors is the condom brand Lovers Plus and they have condoms placed around the house.

The first sex happened the previous Saturday when the couple shagged on national television during the “Shower Hour” and Mandla asked Big Brother for morning-after pills. Pictures of the act flooded the net.

The couple’s two-week courtship at that point, started off with a sensual massage and moved on to late-night talks and showers.

Let it be known that outside the Big Brother house Mandla has a girlfriend who warned him not to do anything “stupid” in a video message she sent to him.

Below are some of the tweets on Twitter and the controversial pictures:

Katleho Motloung™® @jazzynova85 countered: “Some of y’all are acting all hollier than thou on Mandla nd Lexi’s expense, knowing very well that you’ve done it all. #BBMzansi