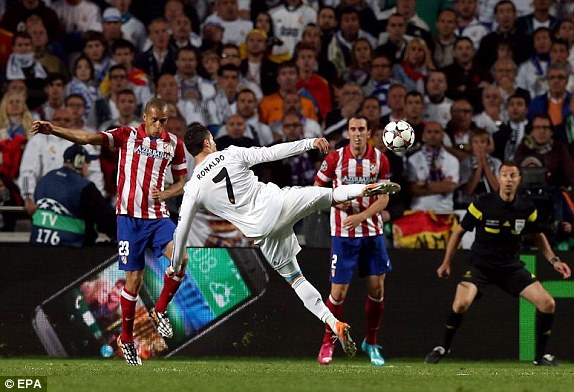 After waiting 12 years for its 10th European glory, Real Madrid has engraved its name into the annals of Champions League history with a 4-1 win over Atlético Madrid.

Gareth Bale’s 110th minute goal was the turning point for the Los Blancos who ran riot from thence scoring two more before the final whistle went off, including a penalty by world’s best footballer, Cristiano Ronaldo.

Atlético Madrid had gambled on starting Diego Costa, the club’s best player in its most successful season ever, but lost after he needed to be substituted after just nine minutes — the third quickest substitution in Champions League final history.

Real Madrid controlled the opening half-hour of play, but a grave error from goalkeeper Iker Casillas gave Atlético a lead in the 36th minute and would have made today the worst in his impressive career, but thanks to Ramos’ goal, Real had a lifeline and Casillas gave him a kiss for that after the final whistle. 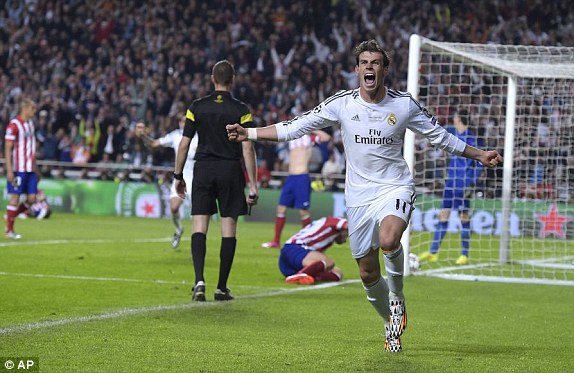 Casillas, the Spain’s No. 1 choice for the World Cup, misjudged a set piece and came off his line to disrupt a header from Diego Godin. When Godin looped the ball toward the goal, Casillas was unable to retreat in time.

Despite the goal, Real Madrid looked the stronger team for the majority of the second half, but Los Blancos simply couldn’t beat Atlético goalkeeper Thibaut Courtois.

Cristiano Ronaldo and Gareth Bale terrorized Atletico on the counter attack at times, but the final ball never found the target. Ronaldo’s best chance came in the second half, when he struck the crossbar with a free kick. Courtois was able to guide it away from danger.

Bale squandered a lot of chances but made up for his flaws when he leapt and guided home the ball parried by Courtois from Angel Di Maria’s shot. 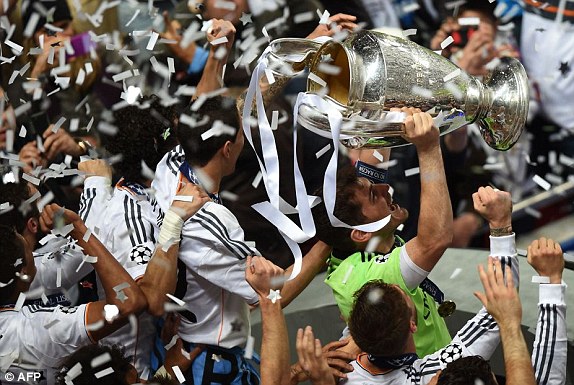 Marcelo added another just minutes later. Atlético let Marcelo dribble 15 yards into the penalty area, where he calmly put a shot past Courtois.

Cristiano Ronaldo was fouled in the penalty area at 120 mins mark and put a fourth goal past Courtois from the penalty spot. The Portuguese star stripped off his shirt in celebration and gladly accepted a yellow card. 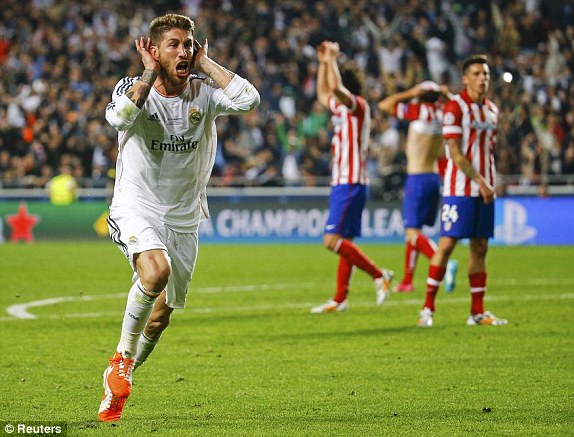