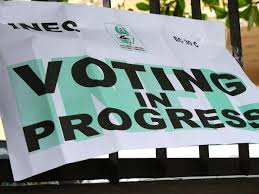 The Police in Kano have banned hawking and trading during the local government election in the state on Saturday.

The Commissioner of Police, Aderenle Shinaba, disclosed this on Friday in Kano while briefing newsmen on preparations for the exercise.

“We do not want to see any kind of selling or hawking during the election period.

“Police and other security agents will take positions early before the commencement of the election.

“We call on residents to co-operate with us. We shall remain non-partisan as we have assured all parties, but we will not allow anybody to violate electoral rules and regulations.

“We have enough officers and men to man all the polls and together with our sister agencies, we will ensure free and fair election,’’ he said.

Mr. Shinaba also called on politicians to educate their followers on electoral conduct, adding that “it is good that we all understand that we are working for the development of democracy’’.

Meanwhile, the Kano State Independent Electoral Commission, KANSIEC, has said it had discovered fake ballot papers meant to be used on Saturday.

The KANSIEC Chairman, Sani Malumfashi, who disclosed this to journalists, said the fake ballot papers could easily be detected.

“The original one is scientifically customised to each local government and it has a space for date that will be filled by the electoral officer with biro at the polling station”, he said.

Mr. Malumfashi said investigation was on to catch the perpetrators, adding that the findings would be made public.