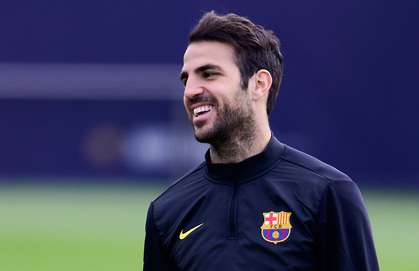 Manchester United are working hard to complete a stunning double swoop for two of Europe’s finest playmakers in Cesc Fabregas and Toni Kroos before the World Cup gets underway next month, according to Italian Journalist Tancredi Palmeri.

Fabregas and Kroos are both long-term United transfer targets and this view has been enhanced by the appointment of Louis van Gaal as manager, with the Dutchman set to be handed a huge transfer warchest to produce a dramatic improvement on last season’s results as a matter of urgency.

Kroos has been consistently linked with United over the last six months thanks to growing unrest over his decision not to sign a new contract with Bayern Munich, but would cost the Red Devils around £40m if they want to sign the German international this summer.

Barcelona meanwhile knocked back United’s efforts to sign Fabregas last. year, but Palmeri believes that United executive vice-president Ed Woodward has stepped up his efforts to land the former Arsenal captain in the last few weeks and is desperate to secure a stunning £32m (€40m) transfer coup before the World Cup.

Palmeri hosted a Twitter Q+A for his 79,000 followers this afternoon and United’s transfer policy was high on his agenda.

When posed with the question of whether United are chasing Kroos and Fabregas the beIN Sport correspondent replied: “Mufc very determined on
both. They are trying to close for Fabregas and Kroos before World Cup, but it’s hard.”

If Palmeri’s views have any foundation United could clock up a £72m transfer spend before next summer’s South American showpiece gets underway
on June 12, and that’s without the continued efforts to sign Southampton left-back Luke Shaw.

Red Devils fans are still waiting to see if that deal for the England international can be concluded swiftly, with Woodward under pressure to avoid a repeat of
last summer’s frustration as United missed out on a string of top transfer targets, including Fabregas.{GMS}