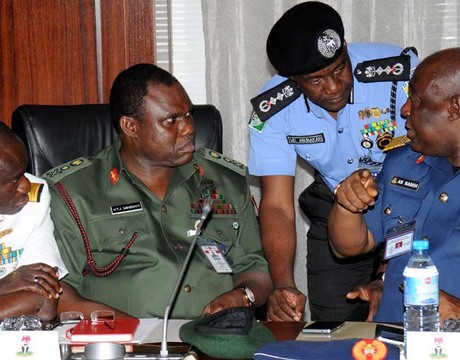 Sequel to Thursday night’s bomb explosion in Nyanya, a suburb of Abuja, President Goodluck Jonathan on Friday summoned security chiefs to a special security meeting at the Presidential Villa.

Yesterday’s explosion, which took place just some few metres from the scene of last month’s car bomb explosion at a bus station, killed nine people and injured several others.

Special Adviser to the President on Media and Publicity, Dr. Reuben Abati, who made this known in a tweet via his twitter handle – (@abati1990), said, “the meeting is ongoing at the Villa”.