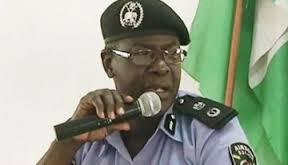 The Oyo State Commissioner of Police, Mr Mohammed Indabawa, on Saturday in Ibadan urged various communities in the country to engage in community policing.

The theme of the lecture is: “Developing an Effective National Security”.

Indabawa said that community policing was the collaboration of the community members with the police to ensure that the society was free of crime.

He said that the police could not achieve any meaningful success in crime prevention without the support of the community.

“Through the community policing, Oyo State has migrated from an errand of thuggery, violence and thereby recording a low crime rate”, Indabawa said.

In his remark, Mr Okanlawon Bamgboye, National Executive Coordinator of the Community Policing, said that the objective of the lecture was to look at the present security challenges in Nigeria and the way forward.

“The Nigeria internal security which used to be more secured with lowest rate of insecurity seems to assume alarming proportions due to poor state of intelligence gathering and management.

“We must develop robust internal intelligence gathering and management.

“There should be information sharing among all the security agencies in the country”, Bamgboye said.

He advised the Federal Government to empower the police to make use of bio-data information collected by the National Identification Management Commission (NIMC) as sources to combat crime.

Faboye, who was represented by Mrs Ijeoma Chikezie, said that taking drugs like narcotic, heroine and other dangerous drugs destabilised the body system.

He said that consumption of alcohol and other dangerous drugs accounted for the 90 per cent of road accidents in Nigeria.

“Every Nigeria has responsibility and a role to play on both drug abuse eradication and security challenge.

“Security issues should not be seen as only the states and the Federal Government’s responsibility, it should be the collective responsibility of everybody”, Faboye said. (NAN)

Share
Facebook
Twitter
WhatsApp
Previous articleBe Factual In Your News Reports – Jonathan Tells Nigerian Journalists
Next articleIn Love With Two People? – Reasons And What To Do!
- Advertisement -Ad ==> Discover how a young Nigerian graduate now makes a consistent 40k per week doing a legitimate online business. You too can start yours now, click here!!!