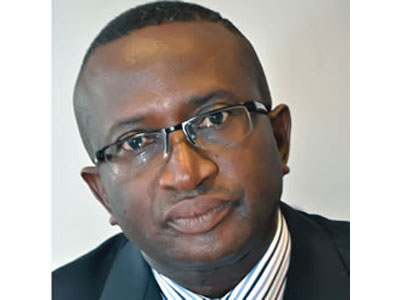 The Senate yesterday joined the House of Representatives in approving President Goodluck Jonathan’s request to extend the emergency rule in three states in the Northeast by six months.

The endorsement by the Red Chamber was, however, with eight conditions which it said must be observed in Adamawa, Borno and Yobe.

It would be recalled that the Northern Senators Forum had last week vowed to stop the extension of the emergency rule, saying that the initial one year period had not yielded the expected results.

However, before the upper chamber threw its weight behind the extension, it held over four hours closed door session to thrash out contentious issues especially those raised by opposing Senators.

After the meeting, during plenary, senators unanimously endorsed the adoption of the motion to extend the emergency rule.

In his remarks, Senate President David Mark lauded the lawmakers for their patriotism in approving the extension of the emergency rule.

He said: “The Senate in closed session deliberated on the motion before us on the extension of state of emergency in Adamawa, Borno and Yobe and agreed that we will approve it in the plenary”.

He noted that it was agreed during the closed session that certain issues be resolved as “quickly as possible”.

Mark said: “I want to thank you all for this painstaking discussion that took place and the subsequent approval.

“Let me also say emphatically here that we have requested that certain issues be resolved as quickly as possible. We stand shoulder to shoulder and strongly behind our colleagues from all the states affected.

“We take this in the same vein that we are equally affected and that this is a national issue and not a sectional issue in any form”.

Recall that the Senate had last week deferred debate on President Jonathan’s request to allow for “adequate consultation”.

Senate Leader Victor Ndoma-Egba said the Senate arrived at the eight conditions based on which the extension of the State of Emergency was approved.

Ndoma-Egba said: “Senate welcomes and endorse the support of the International Community in respect of efforts to rescue the abducted Chibok students and urge Mr. President to expand the cooperation and collaboration to the overall arrest of the ugly incidence of terrorism in Nigeria.

“Senate calls for proper kitting and arming of our Armed Forces deployed to arrest the insurgency and adequate welfare care for troops.

“Urge that full military operation be undertaken on sustained basis to rout out the insurgents.

“Special recruitments into the Armed Forces of screened and vetted youth particularly those in the Civilian JTF (Joint Task Force) who will receive emergency training and deployed in the troubled zone in order to beef up the strength of our troops and win hearts and minds of the locals.

“The Ministers of Defence, Police Affairs, Service Chiefs, National Security Adviser (NSA) and the Director General (DG) State Security Service (SSS) to report to the Senate on monthly basis progress made in combating the insurgency on the basis of which Senate can take any decision it reconsiders necessary including but not limited to the revocation of the declaration of State of Emergency.

“Urge Mr. President to prepare and submit to the National Assembly supplementary budget to meet any establishment financial requirements needed to combat the insurgency.

It was, however, gathered that the ninth condition contained in the motion paper read by the Senate Leader, which states: “The continuation of service of any Service Chief, GOC or Field Commander should be tied to his or her operational performances in combating the insurgency, protection of civilians and upholding the fundamental human rights of civilians”, was omitted by Ndoma-Egba even though it was listed in the motion paper.

“Aware that by virtue of the provisions of section 305 (6) (c) of the Constitution of the Federal Republic of Nigeria, 1999 (as amended), the proclamation will elapse after a period of six months from the date of approval, except the period is extended by the National Assembly.

“Further aware that the President, in a letter of 13th May, 2014, requested for a further extension of the period of the state of emergency in Adamawa, Borno and Yobe states.

“Recognising that the security situation in the three states remains daunting in the face of persistent attacks by members of the Boko Haram sect on civilian and military targets with alarming casualty rates.

“Recalled that the Ministers of Defence and Police Affairs, Service Chiefs and Director-General, State Security Service, Inspector-General of Police and the National Security Adviser had briefed  the Senate on the State of security in the affected states;

“Accordingly resolved to: Approve the extension of the Proclamation of a State of Emergency as contained in the Emergency Powers (General) Regulations, /013 effective in Adamawa, Borno and Yobe States to remain in force for a further period of six months in accordance with the terms, conditions, content and context as earlier passed by the National Assembly”.