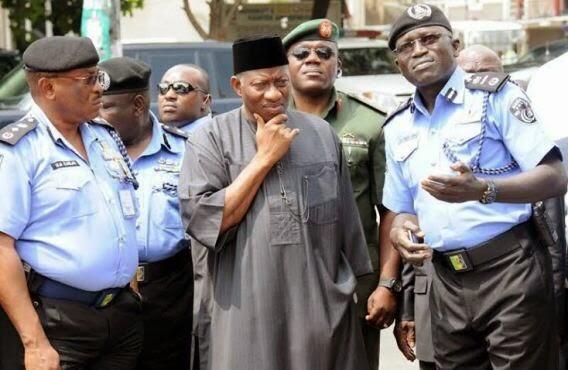 President Goodluck Jonathan on Friday pledged to bring perpetrators and sponsors of the bomb explosion that occurred in Abuja on Wednesday “to book”.

He spoke after visiting the scene of the explosion in Wuse II and a hospital where survivors are being treated.

“The perpetrators of this, those who are directly involved and those who sponsor them will surely be brought to book”.

The explosion, which occurred at EMAB plaza, killed at least 21 people and injured several others.

The president also asked Nigerians to be prepared for some inconvenience that may be caused by security operations, saying he is also being affected by the challenge of new security measures every time the need arises.

“I will use this opportunity to continue to plead with our citizens that under such situation, security operatives will come up with different options that sometimes will create some inconvenience for us”, he said.

“Instead of condemning them, let us bear. We all bear some pains, from the highest to the least; because as a President, I may not go to everywhere I would have loved to go, these are some of the challenges I have to face.

“Even for our citizens, under such condition, we have reached some level of restrictions and some pains. Instead of shouting and insulting security operatives, let’s give them maximum cooperation, give them relevant information. All countries that face terror suffer the same thing; citizens give maximum cooperation to the security operatives and help to contain and control, surely we will get over this”, he added.

President Jonathan, who had to cut short his trip to Malabo, Equatorial Guinea, for the 23rd Ordinary Session of the African Union’s Summit of Heads of State and Government, as a result of the bomb blast, was accompanied by the Minister of Health, Prof. Onyebuchi Chukwu, and other top government officials.

The president, who addressed journalists after visiting the Maitama General Hospital, said it is “quite regrettable and extremely painful that when some Nigerians are struggling, thinking about how to contribute to nation development, working very hard to take care of their families, train their children, others are busy planning to kill people, intimidate people, destroy peoples’ property”.

He described the period of the attack and others by the Boko Haram insurgent group as “one of the darkest phases in the history of our nation”.

Boko Haram has been linked with the deaths of over 12, 000 people in northern Nigeria since it took up arms against the state in 2009.

Mr. Jonathan said he was already on his way out of the country when the explosion occurred.

“We are all mourning. I remember that very day we had a football match to play and all Nigerians were celebrating the Eagles hoping they were going to win,” he said. “Then, this act came up. I was airborne then, it was when I got down in Malabo that I got the information; surely we will get through this”.

At the hospital, a victim of the blast, whose name could not be ascertained, seized the opportunity of the President’s visit to plead for assistance.

The victim, who was injured on his left leg, pleaded with the president to assist him in setting up a befitting business.

“Na recharge card I dey sell for Banex Plaza. Your Excellency, I don’t have a job. See what I go through. Since yesterday I can’t sleep,” the victim said. “I finish school since no Job, I can’t go and steal; na recharge card I dey sell Sir. If you people can help me to start better business to start my life again”. Responding to the unexpected demand, Mr. Jonathan said, “We are happy you are alive. Thank God you are alive. Don’t talk about business now”.