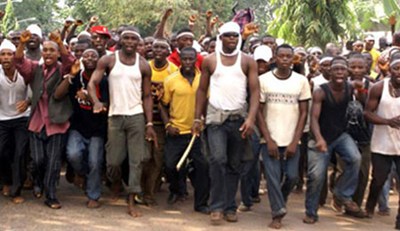 The Presidency has said that the Amnesty it proclaimed in 2009 was not meant to be enjoyed by all Nigerian youths but to benefit repentant Niger Delta militants.

The clarification was contained in a statement released to the media by the Office of the Special Adviser to the President on Niger Delta Affairs in reaction to a reference by the National Conference to the effect that the programme only benefited a few select persons.

While making a presentation during plenary on Monday on behalf of the committee, which recommended that ten percent equity be given to oil producing (host) communities in the Niger Delta, former Oyo State governor, Senator Rasheed Ladoja, had noted that amnesty had only addressed the issue of youth restiveness in the region but did not capture the neglect of the host communities.

The committee’s report stated in parts: “In fact, the amnesty settlement has settled only a few young men in the Niger Delta. It has yet to settle the Niger Delta communities.

“It is only fair therefore that Niger Delta communities in oil producing blocks under divestment be given equity participation in the new entries buying up the IOCs’ (International Oil Companies) interest, since derivation share of revenue allocation that accrued to the states over the years has had little or no impact on the oil producing communities…

“For the communities to be overlooked by government that has the right of consent to these deals does not make good sense for business or security of facilities”, the report said.

But reacting to the development, the Head of Media and Communications, Mr. Daniel Alabrah, said that the amnesty proclamation was not meant for every youth in the region but only captured those involved in an agitation that had virtually crippled the Nigerian economy due to the bombing of oil installations in the Niger Delta at the time.

Alabrah pointed out that the 30,000 amnesty beneficiaries currently on its payroll was a small reflection of the total number of youths in the entire Niger Delta region, adding that the National Conference committee was not off the mark in is submission and should not be misconstrued.

“The use of the term ‘settlement’ by Senator Ladoja is perhaps being taken out of context by those who want to play politics with it”, Alabra said.

“It is equally important to restate that the amnesty proclamation and its ongoing implementation were not meant to address infrastructure development of the region. There are organs and ministries of government responsible for this.